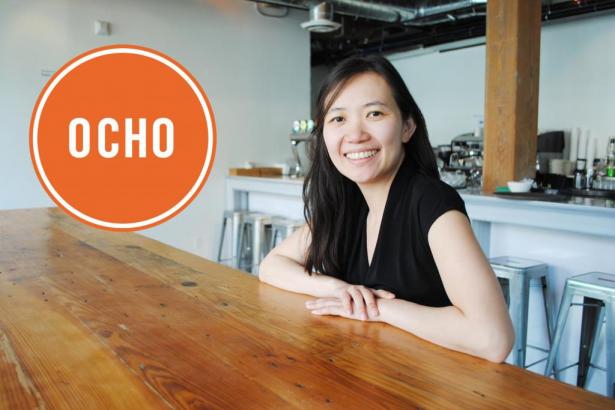 Hotel Ocho owner Louise Choi embraced five major life-changing events in the past five years. Born in Suriname and raised in Amsterdam, Choi walked away from her New York career, moved to Toronto, met/married her husband, and became a mother of two. Oh, and she opened a sleek boutique hotel in Toronto's downtown core.

"I was in finance. And after a while I wanted something new so I thought: Toronto," says Choi. "I really like it. It's very multicultural. The food is amazing here. The only thing I hate is the winters. Really brutal."

Built 110-years ago in 1902, the hotel's large four-storey heritage building has seen its days as a cigar factory and garment warehouse. When Choi first took ownership, the building had become a local eyesore, run-down and boarded up from years of neglect. Its proper renovation would require five years of attention from one of the city's top design firms.

Choi is no stranger to food and hospitality. With the support of her entrepreneurial family in Amsterdam (owners of Hotel D'Amsterdam), Choi and her husband officially opened Hotel Ocho in June 2011.

Casual, funky, and sustainability-minded too: the lounge's long tables are made from salvaged ceiling beams gathered from the renovation process.

"It's modern, European combined with old and new," says Choi.

A first-level lounge, second-floor restaurant, and twelve hotel suites complete Hotel Ocho. No big hotel facilities like an in-house pool or gym exist on it's premises.

The rooms themselves are bright and and the bathrooms are refurbished with cool marble and smooth granite. Each suite comes equipped with flat screen TVs and free wifi covers the hotel premises.

BYOBD. There are no en suite blow dryers for those with hair that needs to be tamed.

Located along the Spadina TTC streetcar line in between Chinatown and Queen Street West, the hotel's location could not be situated in a more central place.

"Everything is walking distance: Kensington Market, Chinatown, Queen St shopping, the CN Tower, and even the film festivals are just around the corner here."

With the Centre for Social Innovation located one block north, Hotel Ocho is the latest edition to a growing restoration renaissance happening throughout Chinatown along Spadina.

"A lot of restaurants like Pho 88, Asian Legend, they're really renovating their restaurants nicely."

Bixi bikes are available for rent right outside the hotel's inconspicuous entrance. Newly adopted from Montreal's popular rent-a-bike system, these bike rental posts are sprinkled around the downtown core and do require a subscription. Casual users pay $12 for 72-hours and $5 for a 24-hour spin.

Seventy per cent of Ocho's loyal clientele are young professionals on business-related trips.

"It's kind of weird because in the beginning I thought we'd see a trend like our hotel in Amsterdam where business is ninety per cent tourism."

Refreshingly different from big chain hotels, Hotel Ocho is coming of age in a changing Toronto hotel scene preceded by the success of the two boutique hotel darlings of Queen Street West: The Gladstone Hotel and The Drake Hotel.

And the hotel's auspicious name? It's symbolic of Choi's cultural roots.

"Ocho is eight in Spanish, orange for Dutch, and the eight in Chinese for good luck."

Bookings for start from $179 per night. 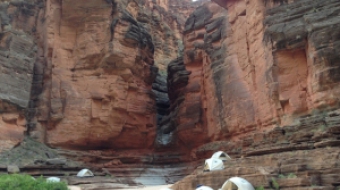 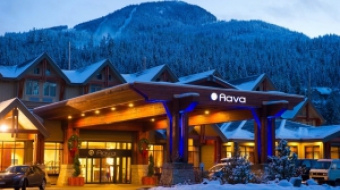 Photo gallery: An Evening at the Hotel California

VolunTourism: seeing the world to save the world has unexpected complexities