But perhaps the most site-specific brew in the Townsite line-up might be the aptly named Bois Sauvage (tr. “Wild Woods”), fermented with nameless, idiopathic, endemic wild yeasts that Dauchot somehow manages to lasso out of the very air of Powell River. Townsite Sales Director Michelle Zutz hails it (with forgivable partiality) as a kind of “wheat-based champagne,” perfect to accompany the Sunshine Coast’s famous “creamy, delicate” Okeover oysters. 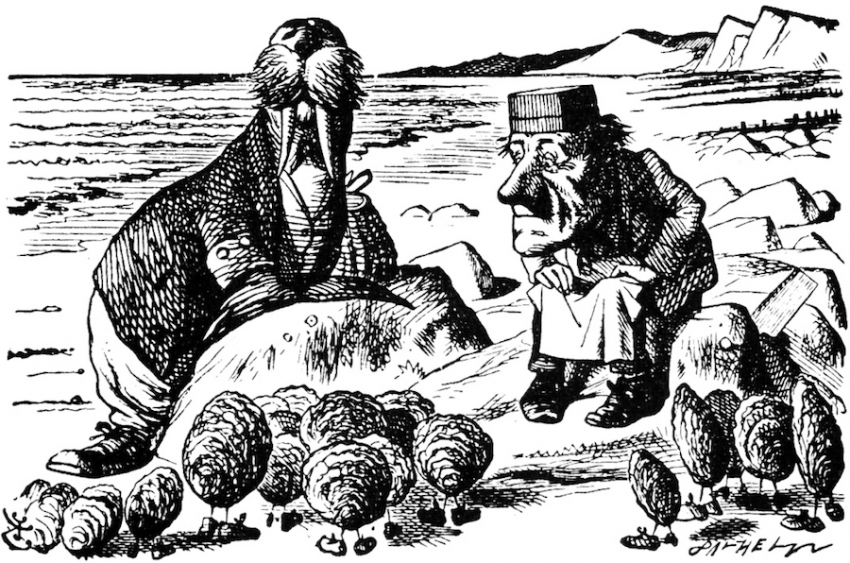 On her recommendation, armed with a litre of Sauvage, we headed north to sample this pairing. The Okeover Arm – a narrow inlet reached by a 4-km detour east of Highway 101 – presents just the right combination of salinity, current and tidal throughput to nurture gourmet shellfish.

And oysters are in season all winter long. Unfortunately, tourists are not, so the town’s iconic restaurant, The Laughing Oyster, was still closed when we got there and remained so right into April. That meant the only way to access the precious bivalves is to stumble upon one of the oyster farms that line the shore.

We drive down to the water’s edge on spec, but no luck. All we find is a marina with a few berthed cabin cruisers and unmanned fishing smacks. No one to ask for directions – just a signboard with a topo map of the Malaspina and Desperation Sound Marine Provincial Parks, which unfurl from Okeover across nearly 100 km2 of coast and hinterland.

Captain George Vancouver’s flagship, the 99-foot war sloop HMS Discovery, first broached the Sound in 1792. His aim: to open up a lucrative Northwest Passage sea link between the Maritimes, the Great Lakes and the Pacific Coast. But hopes were dashed – yet again! – when every promising side channel fetched up against nothing but gnashing cliffs. His sense of frustrated desolation lives on in the name he pencilled into his nautical charts for the whole craggy labyrinth.

But, for latter-day seafarers, the Sound inspires far more elation than desperation. “It’s like a salt-water Grand Canyon,” according to California yachtsman Joseph Bower. "Just don’t go in under sail.”

Parsing the signboard map, I can see why: in some spots the gorges are too steep, narrow and convoluted to admit predictable winds. Some sort of small, deft powerboat might be the craft of choice. I tentatively resolve to try it later this year in a folding dinghy with a quiet little electric motor.

To confirm the feasibility of my plan, I check in with a local mariner up the road at the Lund water taxi pier. Eminently doable, according to Ben (aka Benoît) Bouchard; even the electric motor might be  overkill. “People go in there for weeks at a time with just a kayak, a tent and a water desalinator.”

Such minimalism, though, is not for everyone, Bouchard adds – luckily for him. Nowadays, he makes a comfortable living as a contractor building lavish aeries for “bazillionaires” who’ve set themselves up with private retreats on some of the flyspeck islands that dot the Sound.

“They’re not all jerks,” he shrugs philosophically. Some are even quite interesting and companionable. Bouchard has now and then enjoyed fine playtimes sharing some of their “fancy toys – personal submarines and such.”

Nowadays, he makes a comfortable living as a contractor building lavish private retreat pleasure domes on some of the flyspeck islands that dot the Sound. When I meet him, he’s winching huge sacks of concrete aggregate onto his own steel-hulled mini-tug to build a new aerie for one of his “bazillionaire” clients.

Still, the latest Goldfingeresque hideaways are a far cry from what Bouchard had in mind when he first found his way from his native Québec to Lund in pursuit of such early passions as scuba diving, guitar-plinking and playacting.

Back in the 1960’s and early 70’s the town had taken on a raffish air due to a sudden influx of war-resisters who had migrated there to get as far as they could from the Vietnam-era U.S. military draft. For many of them, Lund filled the bill. At the terminus of Highway 101, the northernmost “Mile Zero” of the 9,445-mile (15,200-km) Pacific Coast Highway from Canada to Chile, became a Mecca of free love, nearly free pot and communal living.

The scene drew questing young souls (like Bouchard) from all over North America and beyond – much to the consternation of Lund’s more conservative traditional population of loggers, fishermen and retirees. The resulting culture clashes make up the theme of a documentary, The End of the Road, by film-maker Tai Uhlman, herself a born-and-bred Lund communard.

The film premiered as a centre-piece of the Powell River Film Fest (watch this space for reviews). But by now, many of the first-generation protagonists on either side of the culture divide have already grown into their 60’s and 70’s and manage to convene quite amicably on a sunny early spring morning on the terrace of Nancy’s Bakery.

Locals of all stripes seem to agree that nobody can make a sticky bun like the eponymous proprietress, Nancy (who turns out to be Madame Bouchard, married to our dockside mariner friend). We tried one in the interest of science.

Not your everyday cinnamon bun by any means. Some subtle secret ingredient – maybe just a hint of blackberries? We packed an extra few for further experimentation.

Next up in Sunshine Coast travel series: Back from Mile Zero, via the Sliammon Nation.