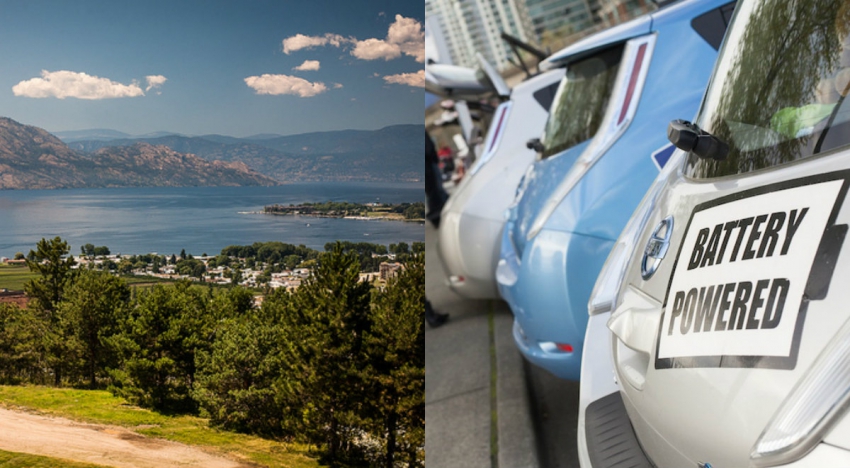 It’s taken longer than it should have, and there's still a ways to go, but hybrid and electric “eco-cars” are on their way—along with a global network of charging stations to keep green-minded drivers from getting stranded.

This means road trips and car-rentals are back on the menu for those with the modern malady you might call PGS (Pollution Guilt Syndrome). If you want to reduce your vacation carbon, here are some tips, whether you own an eco-car or just want to try one out.

What are hybrids and EVs anyway?

First, some definitions. Hybrid cars use an internal combustion engine as well as batteries for power, and are generally built for economy, not for speed. Traditional hybrids charge the batteries via capturing energy from “regenerative braking” — a brilliant system that turns your wheels into electrical generators.

There's also a subset of hybrids known as "plug-in hybrids"— certain models of Prius, as well as the Chevrolet Volt, among others— that allow you to recharge your batteries externally, at a charging station, just like an electric car.

An EV or electric vehicle (as the name suggests) has no engine, but only rechargeable batteries. Sounds quiet, and it is, but the batteries of an electric car don’t get recharged unless plugged into an external source. Some types of EVs available in BC are the Nissan Leaf, the BMW i3, Tesla (Model S or X), the Ford Focus Electric, Smart EV, and the Mitsubishi i-MiEV.

But if you don't own, you can also rent.

Green to go: vacationing with eco-cars

More eco-car good news is that hybrid and all-electric cars are becoming more common at mainstream rental agencies like Enterprise, Avis, and Budget. Enterprise has more than 5000 eco-cars in its fleet. Inquire before you go.

For road trips from home, car-share operations like Modo are worth checking out. Modo has more than 350 cars across the Lower Mainland, 13 per cent of which are hybrid or electric. Joining Modo is easy as long as you have a fairly clean driving record, and only requires a call to ICBC to have your records sent to Modo— and then a brief registration process at their offices or online (if the latter, an access fob will be sent in the mail).

“Each two-way car sharing vehicle is estimated to replace between nine and 13 private vehicles on the road,” said Modo Marketing Director Hilary Henegar, “so it helps to prevent congestion on the roads, and it helps to preserve green space (instead of paving over for more parking). It helps people to essentially to not worry about owning a vehicle, and perhaps they can spend their money differently such as on local entertainment or going on a road trip. It has a larger impact on the local economy."

Henegar recommends taking a hybrid if you are worried about your car running out of juice mid-trip.

“If you want to go a very far distance and not have range anxiety, you would be best to take a hybrid,” she said. “We have four fully electric vehicles. If you take a Nissan Leaf you’ll get up to Squamish and then you’ll have to recharge.”

Yes, you can drive there: electric trips to some BC destinations

According to Emotive BC, BC has the best electric vehicle charging infrastructure in the country. The Canadian Automobile Association updates their EV charging station map monthly, noting their respective voltage levels. You can also check out a similar map at Plugshare.

EV chargers come in three flavours: slow (Level One, 110/120 volts, the same household outlet into which you plug your toaster); medium (Level Two, 220/240 volts, the kind of large-size outlet that can take a washer or dryer plug); and fast (Level Three, 480 volts).