To make such opportunities available to more Chinese families, he means to partially convert the Rodmay into a residence for the high-school or even grade-school children that he’s sure will be sent here -- often on their own -- once Powtown opens up its long-mooted International Academy.

Plans were already drawn up for the Academy on a 40-acre campus hard by the town's already established French Immersion School, but the project was postponed by zoning problems. While the search is on for a new site, Powell River officials are already canvassing Asia for potential investors and students.

And the Academy could be dwarfed by a college-level institute for Chinese students that a Dalian investor has purportedly planned on a recently purchased 500-acre swathe of coast between Powell River and the Sliammon First Nation reserve to the north.

When the Academy scholars start rolling in, Feng stands ready to serve in loco parentis for such “little exchange students (小留學生).” He’s already got nearly a dozen early adopters installed in some of his 23 operational rooms. And the hotel still has another two unrefurbished floors that he can fix up to accommodate many more.

Nor is that his only way for the Rodmay to facilitate immigration. Numerous other businesses, now shuttered, once operated out of the hotel – a pub, a diner, a buffet restaurant, a shoeshine throne and “tonsorial parlour,” inter alia.

These, Feng notes, could reopen to offer investment and employment opportunities (and visa eligibility) to aspiring immigrants who opt to move here in whole family groups.

Ectoplasmic spectres and wannabe directors at the Rodmay

The Rodmay as an immigration portal is even well precedented, historically. A Chinese cook, “Charlie,” attained truly permanent Canadian residence status by dying in some unspecified gambling-related mishap to become one of the Rodmay’s five alleged (and EMF-attested) ghosts.

The hotel indeed has a haunted feel when we check it out, at Feng’s suggestion, after our matinee movie. Not a soul to be seen, even after we try the front desk service bell a couple of times.

Our “dings” just echo off the wood-panelled walls to squelch themselves in the threadbare carpeting. Fake logs smoulder in the fireplace, their glow reflected in the lobby’s Tiffany light fixtures and vaguely Art Deco paintings. The gas flame gives off no heat and – eerily – no sound. 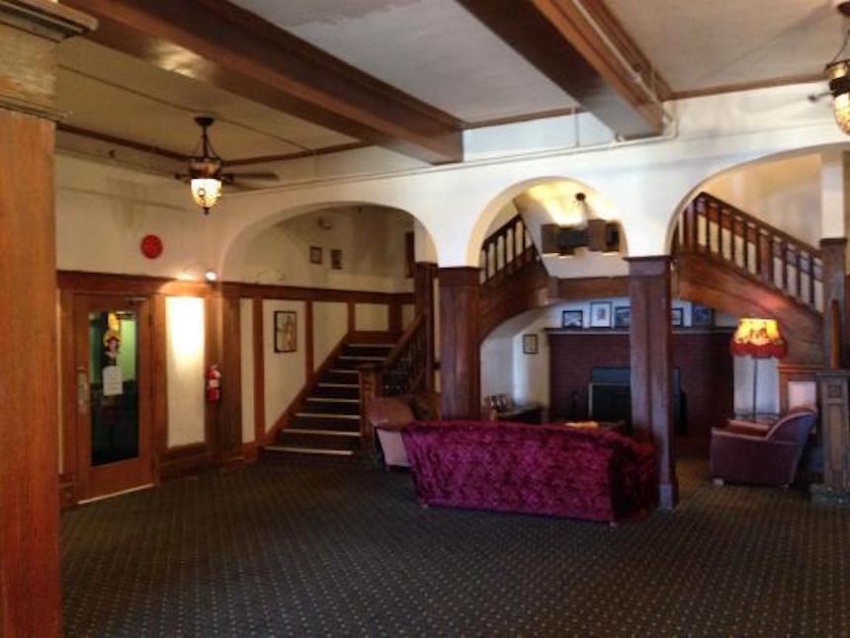 So it’s a spine-tingling jolt when there’s suddenly a footfall creak on the double stairway flanking the mantelpiece. To our considerable relief, the hand that appears on the oaken bannister belongs not to some ectoplasmic orb, but rather to a very down-to-earth high school teacher, Lisa DiMarco of Heritage Woods Secondary in Port Moody.

She’s here to chaperone some of the 20-odd 11th and 12th graders in town for the Rotary-sponsored Adventures in Film Camp that runs alongside the FilmFest. It’s conducted by the Powell River Digital Film School (PRDFS).

The kids collaborate in 4-5 member teams to create their own mini-films, sharing out all the functions – writing, editing, filming, acting – of a professional film crew.

“It’s a cracking pace,” DiMarco says, “to produce finished works on a three day horizon.” One day for planning, scripting, location scouting, blocking and rehearsing. Shooting on Day Two, followed by a full day of editing and then a final screening.

The experience can be addictive, DiMarco reports. Some of the students go on to enrol in the PRDFS’ full semester’s immersion training course, for B.C. high school and college advanced placement credits. Others might come back for a PRDF summer camp.