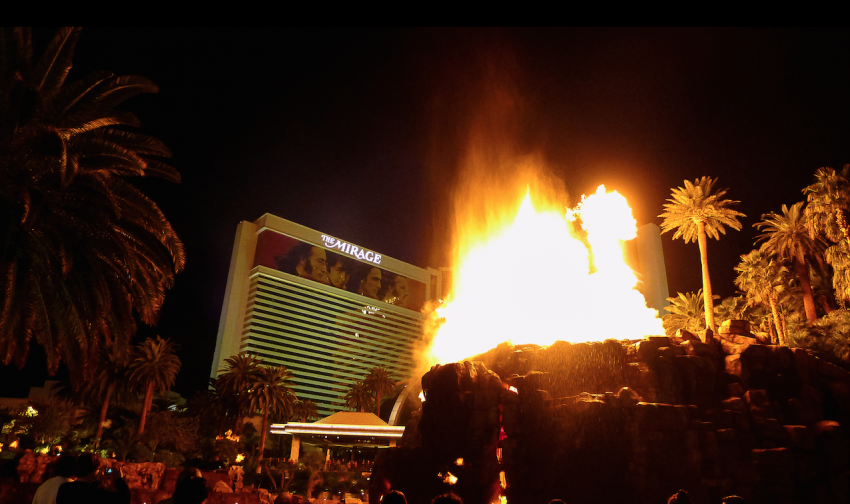 The Mirage (aka "The hotel with the volcano"), Las Vegas. Photos by Jordan Yerman.

The phrase "It is what it is" is devoid of meaning, except when you describe Las Vegas. A city built on dreams and fueled by people who skipped math lessons on probability, Vegas has a way of getting you to stop rejecting it outright— to at least accept it on its own terms, if not play by its rules.

It's Americana writ large and writ simply, and it's the sixth most-visited tourist destination in the world. In the city where walkability goes to die, taxi queues snake along for a hundred meters. Public sidewalks lure pedestrians toward casino lobbies. Touts push escort-service cards on men (and women) who are walking with their families. In other words, you just have to see it. Here are five impressions from a recent visit.

The Bellagio fountains are programmed to put on a little show. If they could release a kraken, they would; but the shallow depth of the pool limits the experience-design team to water jets. So be it. 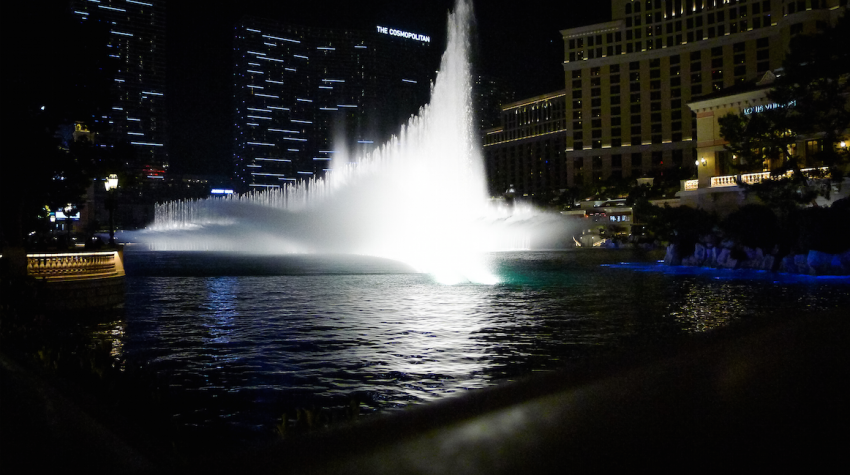 Tourists stop in their tracks to watch spouts of water jump and dance to a musical soundtrack. In this case, the tune was Shirley Bassey's version of "Hey, Big Spender." Appropriate.

2. Monuments to the Men Who Make Tigers Vanish

Siegfried and Roy met aboard a cruise ship: one specialized in making things disappear, the other specialized in working with big cats. Together, they made big cats disappear. After 13 years at the Mirage, the duo closed their show after Roy Horn was mauled by Montecore, their white tiger. The incident ended the Siegfried and Roy show at the Mirage, and they retired a few years later. This statue sits outside the Mirage, which was built in 1989 and became the template for all the mega-casinos that followed. Never forget.

The Mirage features an erupting volcano, whose lava effect is created with jets of fire as well as spurts of red-lit water –– as if the Kool Aid Man suffered a parachute malfunction.

3. Prince Impersonators are a Thing...

This is a Prince tribute show. Hardcore Purple Rain fans (you know who you are) will be pleased to know that it also features a Morris Day impersonator. Morris Day was the best part of Purple Rain. 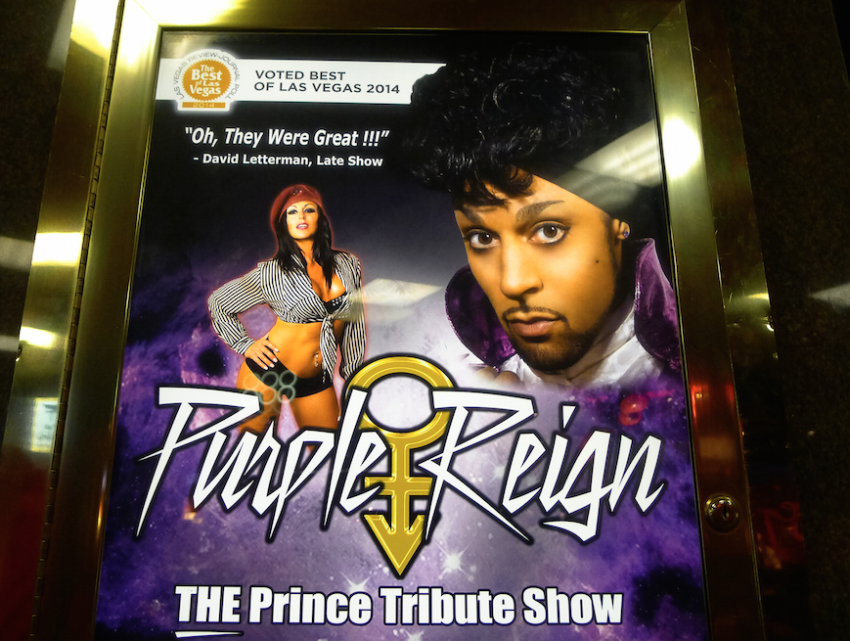 Purple Reign worked its way up from the college club circuit to achieve the Vegas-Strip dream. This dude really sounds like Prince, though. Seriously, listen:

4. ... But Elvis Impersonation is Still King

I'd have been sorely disappointed had I not seen this billboard. 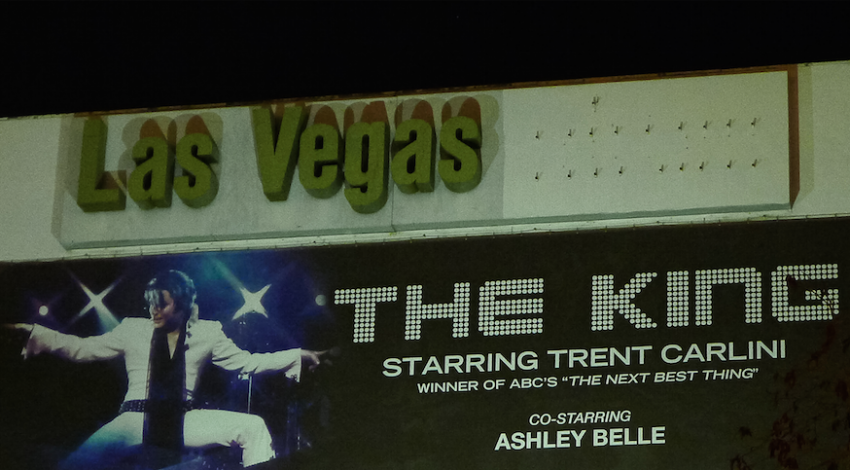 If a tribute show doesn't slake your thirst for all things Elvis, the Westgate Hotel and Casino features all manner of Elvis memorabilia, including the last car he ever bought, obscure costumes from his lesser-known movies, and all the garish Vegas-era jewelry your retinas can handle. You can even tour his suites if you have an extra $100 to spend.

5. Real Estate on the Vegas Strip is Expensive, but Not by Vancouver Standards.

Sixteen million dollars an acre for a patch of land on the northern stretch of the famed Las Vegas Strip. 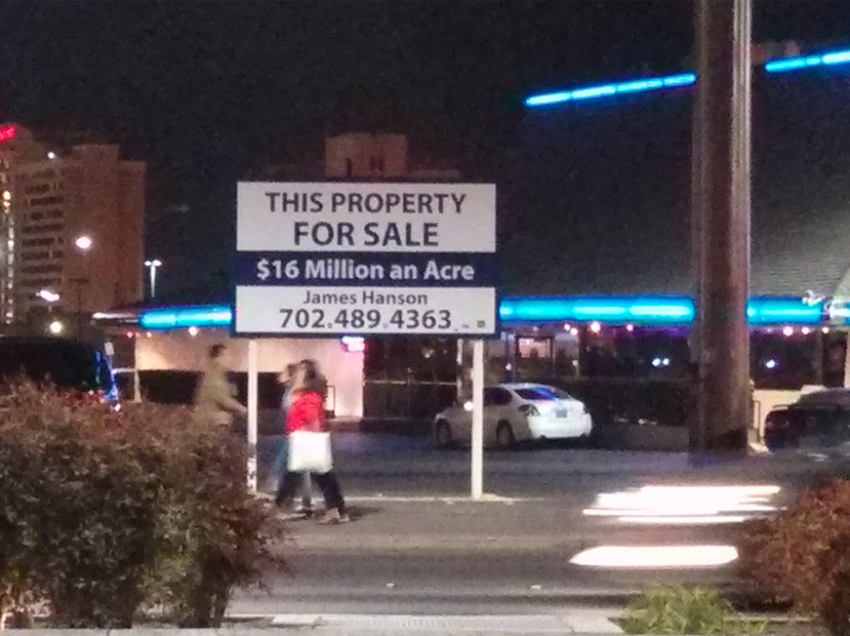 By comparison, Westbank paid a bargain-basement price of fifteen million per acre for the Vancouver House site. This pales in comparison, though to the $83 million  paid by Wall Financial for a spot on Alberni and Nicola that measures less than an acre.

Let that sink in, assisted by this terrifying clown, who is sure to haunt your dreams and waking moments alike. 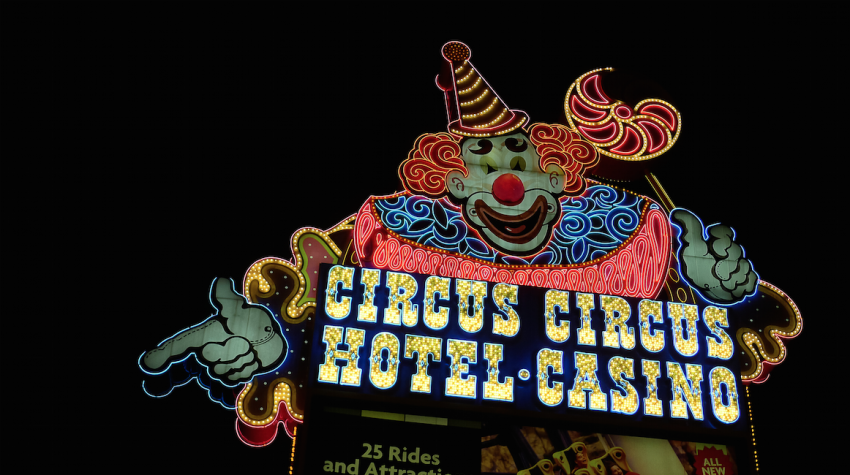