Jordan Yerman, Entertainment and Civic Affairs Editor for the Vancouver Observer, explored Lytton and Harrison Hot Springs. He found roaring rapids, winding roads, and hidden works of art. This is the third of VO's "Five You Can Drive" series: amazing vacation destinations you can reach within a day from Vancouver, BC, sponsored by Ford Escape. 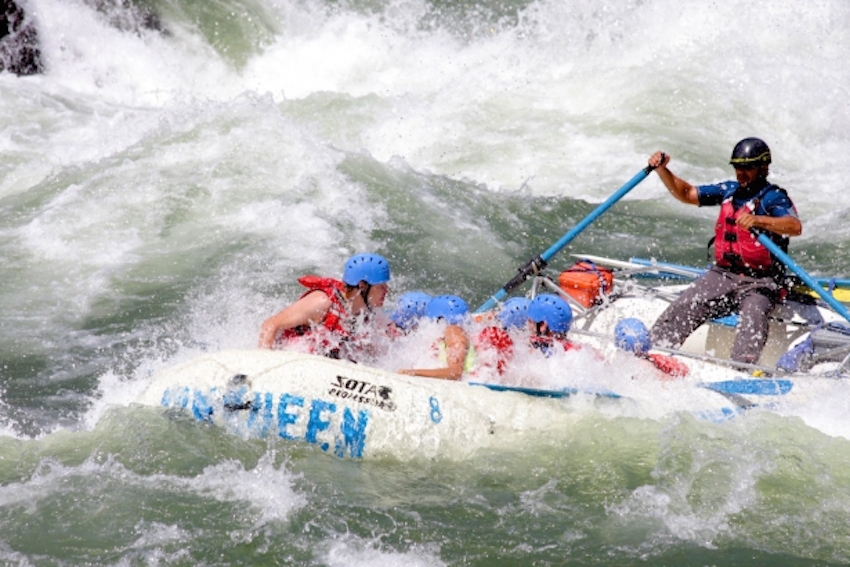 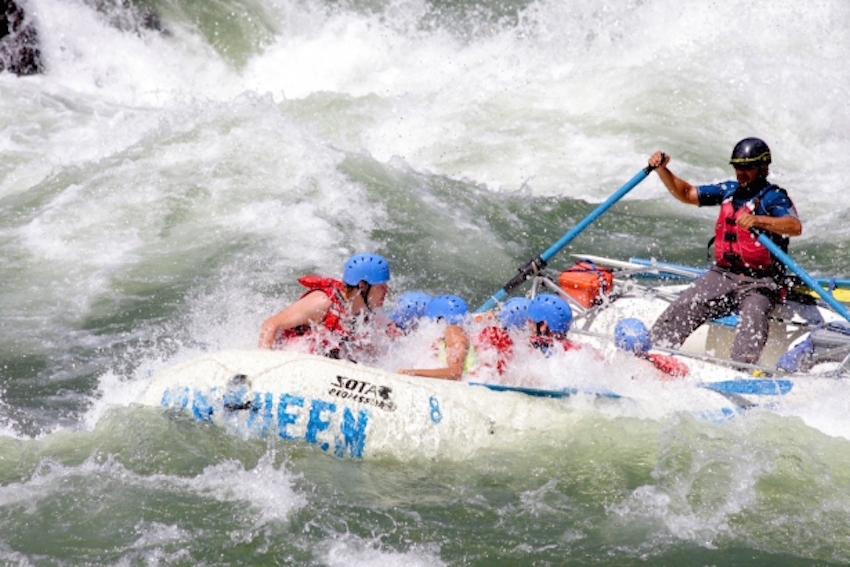 “We’re coming up to the Jaws of Death,” Sam yells with a smile. She works the tiller to steer us into a face full of the Thompson River.

Upstream from the Jaws of Death are the Tunnels of Doom; named after a former Kumsheen guide, his lady love, and the washing machine repairman with whom she later ran off. Other rapids along the Thompson carry colourful monikers such as Garburetor, Green Monster, Witches’ Cauldron, and Mother-in-Law. 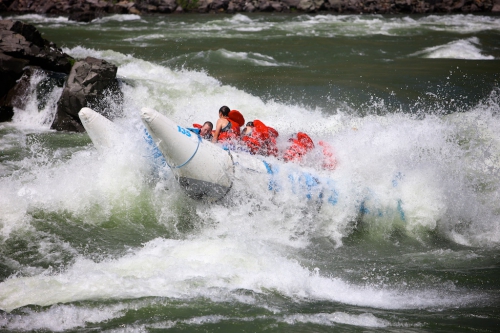 This is not just a journey down a beautiful river, but a journey through the strange and storied history of British Columbia itself. You will pass abandoned telegraph poles, prospecting sites, and a handmade stone bridge still used by the Canadian Pacific Railroad.

Kumsheen Rafting Resort pioneered this river as a commercial guiding outfit, and its guides know the history of the area as well as they know the oddball stories of the sport they love.

Sam Gandossi is living the dream, working as a rafting guide: “This is my seventh season. I grew up in Vancouver, then started working here seasonally for my first few years. I’ve been living here full-time for about four years.”

Today, she’s ferrying me down the river; I’m joined by an Swiss hitchhiker; as well as an engineer, teacher, and poker player from England. The Thompson River divides the Cascades from the Coastal Range, two very different, very beautiful mountain ecosystems. 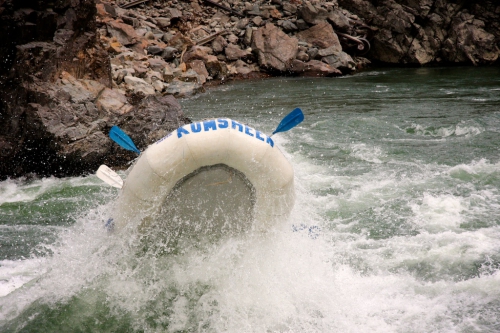 ... but also look where you're going (photo: Kumsheen Rafting Resort)

“Kumsheen” means “meeting of rivers” in the Nlaka'pamux language, and is named for the confluence of the Thompson and Fraser Rivers: the two highest-volume commercially-rafted rivers in the world at this time of year. (Before you ask, rounding out the top three is the White Nile.)

A paddle-raft would get pulverized by the massive hydraulic forces at work as water rushes through tight gorges and over massive boulders: the only way to safely get down the Thompson in early June is by power rafting, and Kumsheen Rafting Resort has built its own fleet of super-rafts; they’re held afloat by military-grade pontoons that can bear the weight of a tank. 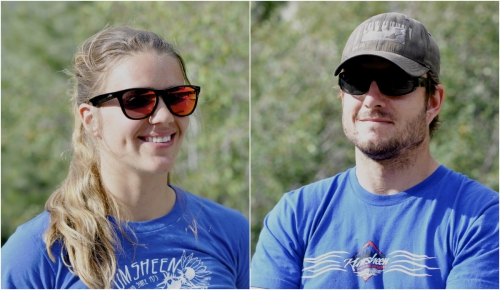 Kumsheen’s resort is an exercise in rustic comfort: if you don’t bring your own tent or RV, you can bed down in a teepee or canvas-and-wood cabin.

I highly recommend using one of the teepees that stand in a small clutch, overlooking the river. Across the narrow valley, a massive cliff face stares back at you. 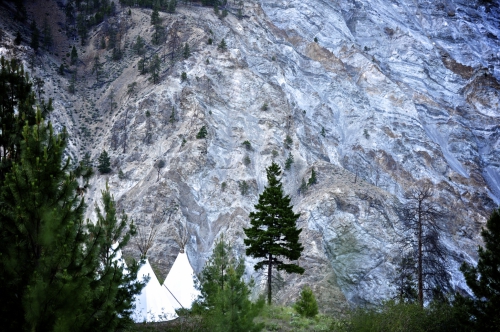 The near-silence is punctuated by the occasional passing train: after all, you’re overlooking one of Canada’s major lifelines to the coast. 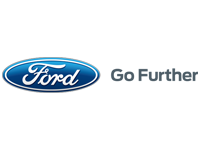