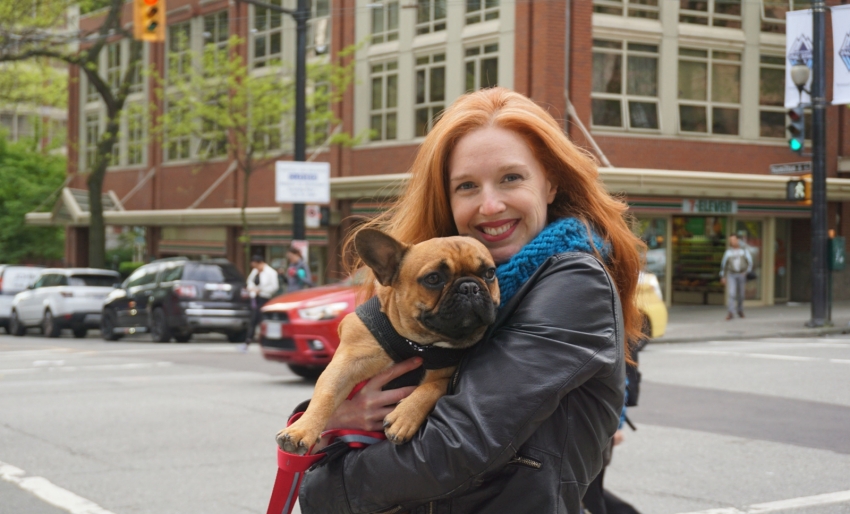 Lorena Christensen and her pup Thor near their downtown apartment in Yaletown. Photo by Elizabeth McSheffrey.

Busy Yaletown resident Lorena Christensen owns a car with her partner, but when he's got the car, she's not left high and dry.

Far from it. Lorena just whips out her smartphone and searches for the closest available Evo car.

It's so easy because the Evo App allows her to find the Evo car nearest to her and reserve it right away. No fighting over the keys with the one she loves and she's ready to go.

“I use Evo at least once a week and sometimes many times in a week," she says, happily.

Since Evo launched last spring, the distinctive black and blue cars can be found all around town. “I love them,” says Lorena, who works for a non-profit organization near UBC. She takes Evo to the gym and to go out with her friends.

Evo cars are all Toyota Prius Hybrids which makes for an eco-friendly ride, she points out. 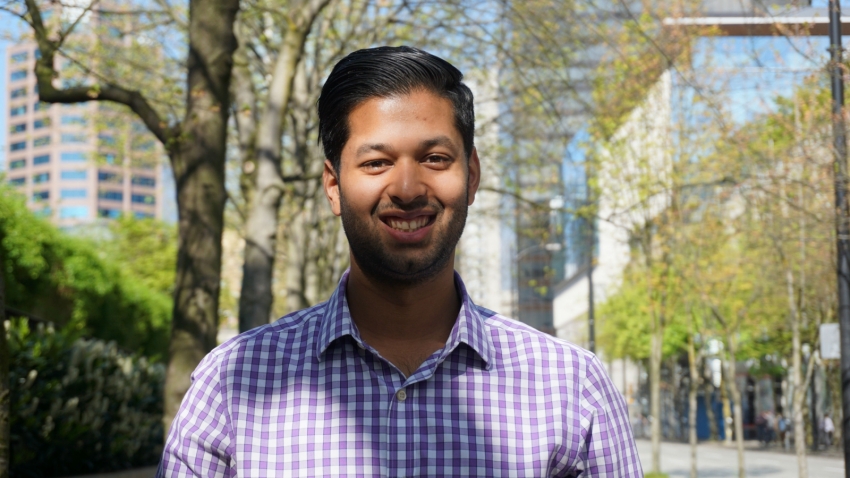 Urban Rec enthusiast Avinaash Kapil can't get enough of Evo when it comes to parking at busy sporting events across Vancouver. Photo by Elizabeth McSheffrey.

Nicer, quicker and always parking nearby

Avinaash Kapil, a False Creek resident who works for an IT company downtown, also owns a car. He uses Evo to get him to volleyball, soccer and floor hockey games at Urban Rec, an adventure that — more often than not — involves a few drinks after the match.

"It’s easier than cabbing both ways," he says. "It’s much nicer, it’s quicker, you can work on your own time frame, and there’s always parking close to where you want to go.”

Parking at sports games, be it Urban Rec or Kitsilano Beach, is a nightmare and the active 26-year-old says taking advantage of a one way drive with Evo makes the evening so much more relaxing and fun.

It's a cost-saving miracle, says Avinaash, who uses it more frequently when the price of gas is high. His cab use has been cut in half since Evo launched in 2015. 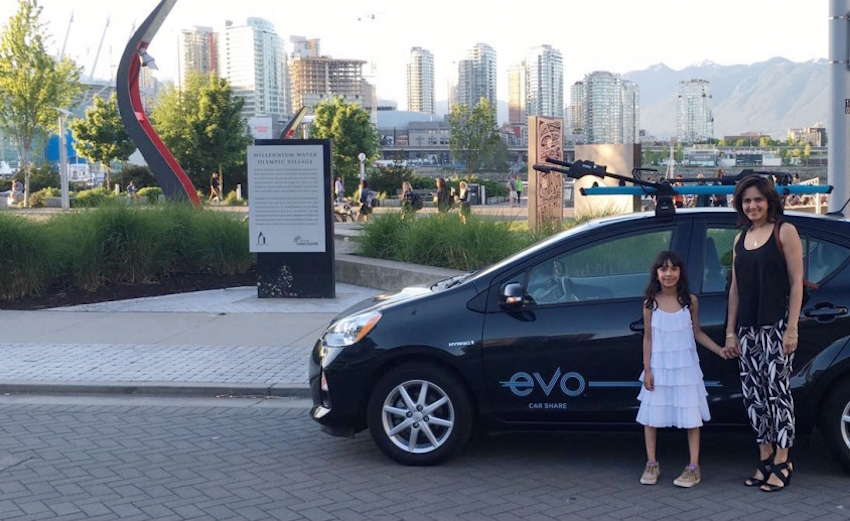 A great option for families

Sonia Sanghera, a busy mother of two, uses Evo as her family's second vehicle. She says it's a big cost-saver for her family.

Her husband takes the car to work, so she uses Evo to pick up her kids from school and for shopping, cultural outings and adventure.

"My daughter and I took Evo to Granville Island last week to watch a play," she says, "and I just took it this morning to my classes in Olympic Village."

Car sharing is a hidden secret for enjoying all the benefits of a second car without the cost of owning one.

Sonia feels safe with her kids in the car, because all Evo's fleet come fitted with seven airbags, antilock brakes and traction control.

As an added bonus, her six-year-old daughter thinks Evo is the grooviest thing since sliced bread with its keyless ignition and tap entry. 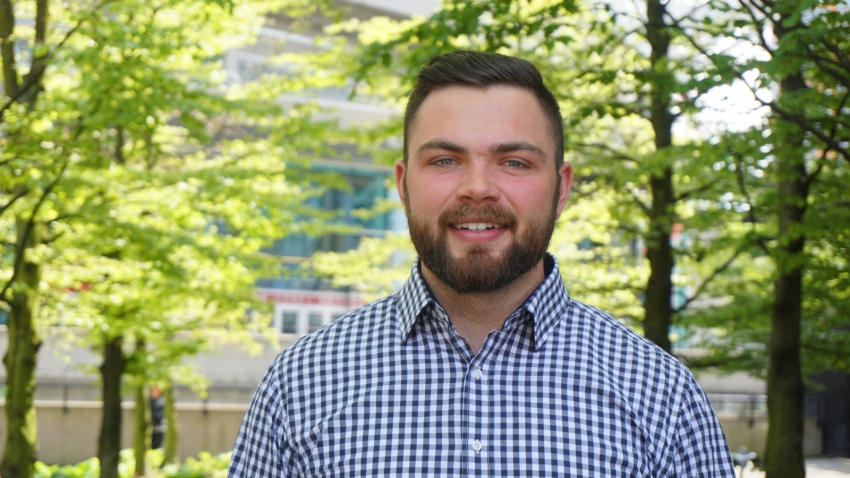 Joe Price is a car owner who jumped at the chance to sign up for Evo when it launched in spring of 2015. Photo by Elizabeth McSheffrey.

Joe Price, a 23-year-old structural engineer from Shaughnessy, signed up for an Evo membership the moment he found out about it.

He's got his own wheels, too, but he chooses Evo on weekends when he's hitting bars on Granville Street or having a few beers after a softball game. The best part, he says, is having the option to park the car, and walk away from it, free to see what the evening brings.

Lorena, Avinaash, Sonia, and Joe say the best part about Evo Car Share is that it allows them to take full advantage of all that Vancouver has to offer. That's one sweet deal.