8:16 -- A rousing finish to Romney's speech. Crowd erupts in cheers as Paul Ryan joins him on the stage, then later by Ann Romney and Janna Ryan.

8:12 -- Romney talking tough about Iran and Russia. "Does the America we want borrow $1 trillion from China?" he asks.

8:10 -- Reign in the skyrocketing cost of health care by repealing Obamacare, says Romney. "(Women) need a president who understands and respects what they do" says Romney. "As President, I'll honour the sanctity of life."

8:03 -- "America supported this President in good faith" these past four years, says Romney, complaining about how Obama "crushed the middle class" and how one out of six Americans live in poverty.

8:00 -- Romney talks about Apple's Steve Jobs, his comeback and how he exemplifies all the American virtues. Throws jabs at Jimmy Carter and Obama.

7:57 -- Romney chastises Obama for his lack of (according to Romney) the most important qualification as President: experience in business.

7:56 -- "You know there's something he's done wrong as President when the best feeling you had was the day you voted for him", says Romney of Obama.

7:55 -- lots of emphasis on religion again: strength of America founded on strength of communities and faith, Romney says.

7:51 --- "Why should women have any less say about the great decisions facing our nation?" Romney talks about his mother's political career, and Republican inclusion of women. Says "I knew her job as a Mom was a lot more important than mine," of his wife Ann raising five children.

7:48 -- Talking about hardscrabble working father from Mexico, who convinced actress mother to give up her acting dreams and marry him. Romney talks about how every day, his dad gave his mother a rose. "Why should women have any less say about the great decisions facing our nation?"

7:43 -- Romney talking about poor state of economy, how this has delayed the dreams of many Americans. No mention of "Wall Street" or "banks".

7:40 -- Romney introduces Paul Ryan, as crowd goes wild. He talks about America as a place with freedom of religion, freedom to build a business. Talking about immigrants who dream of building better life in the US.

7:34 -- Mitt Romney walks in, using a song that hopefully won't trigger angry op-eds from the songwriters the morning after. Chants of USA, "Go get'em!" He kisses Ann Romney before taking the stage.

Our motto, "God Bless America" reminding us that faith in our creator is the most important value of all, he says. The word "exceptional" has been repeated a lot these past five minutes.

7:15 pm PT -- lots of talk going on about American exceptionalism. Blame for economic hard times being slapped onto Obama.

7:05 pm PT -- Huge surprise as Clint Eastwood takes the stage to support Mitt Romney, a "stellar businessman". Obviously being heckled though, as someone is telling him something, and he replies, "I can't do that to myself." Not much imagination needed.

Chants of "USA!" as he says "We own this country. Politicians are employees are ours."

Expresses clear disappointment with Obama over war in Iraq and Afghanistan, but his anti-war stances seem to be at odds with sentiment in crowd.

6:50 -- A long, high-production value video showing the big romance between Ann and Mitt Romney, photos of him working in a Staples apron, and praise about him dragging out a list of all 44 campaign promises while at Massechussets and saying he would go through all promises by the end of the term. Bringing $3 million deficit to "$2 million rainy day fund". 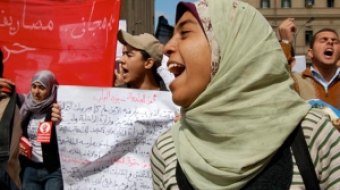 There's no such thing as a generic 'Muslim woman', and many don't view Islam as one of their problems, says anthropologist Lila Abu-Lughod.
Eva SajooOct 6th, 2012 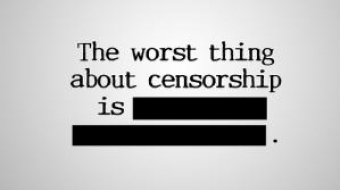