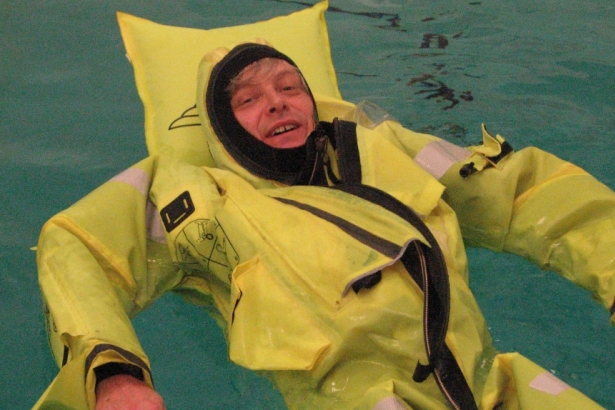 Vendors and boat enthusiasts have been known to go overboard when it comes to the Vancouver Boat Show. Vendors wheel out the sleekest new vessels, while boaters may drool all over the shinny new decks until the point that they needed to be swabbed. However, if any of these boaters were ever to literally go overboard, their chances of survival will be much improved if they can be spotted by rescuers.

It is with such visibility in mind that Mustang Survival Corp, in partnership with WorkSafeBC, embarked on a study to find ways to make the rescue process more effective. Wendell Uglene, Research Manager for Mustang Survival Corp, presented the results of the study entitled “On-Water Visibility” at this year's Vancouver Boat Show. Uglene discussed how colour has a big impact on survival outcomes.

“Commonly, safety equipment is coloured red, orange, or yellow,” said Uglene. “These are the colours that are approved by most regulatory bodies, but we wanted to know if there is a more visible colour when floating in the water.”

Colour derives from the visible wavelengths of light which are reflected from an object. These wavelengths stimulate receptor cells in our eyes. White is the effect of the all the wavelengths being reflected, black is caused by all wavelengths being absorbed, and everything in between is the colour spectrum as we know it. The question is then just which colour is better, at least as far as getting rescued at sea is concerned. To answer this question, Uglene first had to learn how to study colour, and for this undertaking he sent swatches of coloured fabric to the University of Alberta, where the colour was quantified. A CIELAB scale was used to study each colour's luminance. This system is intended to provide a standard, approximately uniform colour scale so that colours can be more easily compared by diverse users.

“We could determine the brightness factor,” noted Uglene. “ The higher the number the brighter the colour.”

Results showed green to be nearly twice as bright as orange, followed closely by yellow, and then red.

However, to truly determine the visibility of an object, its surroundings also need to be considered. When placed against a simulated blue grey ocean horizon, the result stood firm and green came out on top again.

So off to English Bay the research team went. Making coloured targets the size of human heads out of buoys, the team set about to determine from what distance each colour could be spotted most effectively from their boat.

“What I found the most interesting was that the red buoy could only be spotted under 0.6 km while the green was visible at about 1.4 km” said Uglene.

Another interesting observation Uglene made was that while green works very well in a dusk grey environment, and though orange comes alive when the sun comes up, green still wins. Thus came about Mustang's saying “wear green to be seen,” a colour which has already become a key feature in many of their product lines.

While Mustang Survival is most recognized for their life vests and floatation clothing, their influences have stretched into the professional and military fields. Their design of dry suits, rescue suits, submarine escape suits, and tactical gear, and other gear can be found in the hands of the law enforcement officers, the coast guard, and even NASA astronauts. Though if there is one place where Uglene would really love to see some Mustang gear, it would be on Mars.

As for the future of green, Uglene notes that it is a long road to bringing about changes in safety regulations, and before that could happen a lot more research needs to be done. The result of this study may have shown green to be the right colour to wear when one's rescuers are on a boat; however, a completely different study will have to be done to study visibility from a helicopter, a matter which is complicated by the refraction and the angles of light.

If Uglene has his way, going green in Vancouver may one day take on a whole new meaning.

This study was funded the workers' compensation board of British columbia. The views expressed herein do not necessarily represent the view of WorkSafeBC. 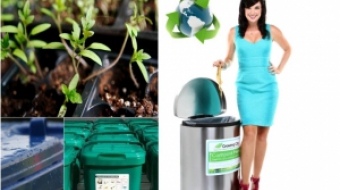