Municipalities are also focusing more attention on organics. Metro Vancouver started an organics diversion program earlier this year, more commonly known as the green bins program. Aimed at encouraging Vancouver residents to recycle food scraps and yard waste, the program's goal is to eliminate organic materials from the landfill by 2015. Organics that can go into the green bins include meat, fish, bones, and other foods not normally composted at home. Food scraps collected in green bins are then recycled into valuable compost and soil for use throughout the region.

The green bin programs started in Nova Scotia back in the early 1990’s and have gradually progressed across the country. Vancouver’s program was the seventh one to start in BC. Shamess went on to explain the the city is now considering how the program can continue to be expanded into multi-unit residential buildings.

“The City of Surrey collects organics curbside which they then convert to biogas to fuel the garbage collection trucks, creating a closed loop system,” said Brock MacDonald, CEO of the Recycling Council of BC (RCBC). “Nanaimo was very clever as they started with the commercial side of things, and right now they are up to 70% diversion of all organics from the landfill.”

The RCBC's mission is to eliminate waste, mainly by educating the public about recycling options, and through the recycling hotline and recyclopedia, a free mobile app.

“We work with all the stakeholders in the waste recycling system in BC,” said MacDonald. “That includes a wide range of different of organizations and amenities. On the government side, we have the provincial government which set regulations. They require regional districts to submit waste management plans and recycling regulations, which in return require the districts to coordinate with their municipalities to adhere to those plans.”

Brock explained how the RCBC also works with non-governmental stakeholders. “On the private side, the recycling regulations ... hold manufacturers responsible for the end-of-life management for their products. What happens is once they become responsible - for example, for computers, electronics, tires, batteries, beverage containers, and paint - the recycling responsibility shifts from the municipalities to the industry.”

This shift in responsibility started over twenty years ago and met a high level of resistance from manufacturers at the time, but now many manufacturers realize that management of a product's entire life cycle has actually led to better product design, better materials and often long-term cost savings. These changes have also created several opportunities for environmentally-minded product designers and entrepreneurs.

There also continues to be room for improvement even in the most established areas of recycling. Encorp, the stewardship agency responsible for recycling of non-alcoholic beverage containers, has found that about 75% of beverage containers are being returned for a deposit. As for the millions of missing containers, it is predominantly males between 18-30 years old who are the worst recyclers in the province. Thus Encorp, in association with RCBC, has geared their public education toward that demographic.

“The idea is to increase their awareness and try to encourage their behaviour to recycle,” said  MacDonald. “There are posters at skytrain stations and movie trailers, one of which is parody on Lord of the Rings.”

The province of BC is in the process of finalizing a zero-waste business case model, whose goal is to measure the amount of economic activity that can be generated by diverting material from landfills. Early estimates show the potential to add over $100 million to our GDP and create over a thousand jobs. The model would also create many regional opportunities in environmental entrepreneurship. 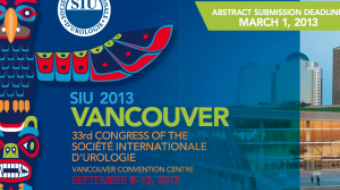