Antibodies as drugs: Vancouver hosts conference on therapeutic use of antibodies 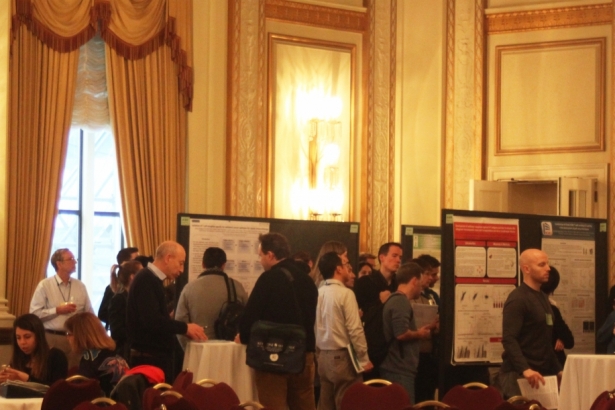 The human body has often been compared to war ridden landscape and our immunological system to an army that fights against the attacks of bacterial infections. At the front line of these battles, you will find an infantry of antibodies, warriors capable of learning from the enemy and using weapons crafted from antibiotics. As the bacterial enemy's strength and agility increases, medical science is looking for ways to understand how antibodies may be used to better combat infections. Today, we are capable training these microbial warriors off-site, outside of the body, before sending them into battle in the form of drugs.

Vancouver recently became a site in this battle, as the city played host to a symposia from the Keystone Symposia series, a non-profit that organizes several conferences on molecular and cellular biology across North America. The Antibodies as Drugs symposia was held at the Fairmont Hotel Vancouver, where participants considered new therapeutic opportunities for antibodies.

The organization has been bringing life sciences research to Vancouver since 2004, becoming a preferred spot for the symposiums.

“Among other things, the ease of access for our international attendees, the attractions within this very vibrant city, and the strength of our relationship with Fairmont properties (are factors),” Linda Hrycaj, Senior Director, Strategic Planning for Keystone Symposia, commented.

Keystone, based in Silverthorne, Colorado, has become a world wide platform for this kind of discussion. Conferences have been held in Austria, Tanzania, Australia, Thailand, China, U.K., South Africa, Ireland, Uganda and Singapore. However, many of their approximately 50 conferences each year are based in scenic mountain resorts of the American and Canadian West.

“We've gotten a bit of reputation as the ski symposium,” reflected Yvonne Psaila, marketing and communications director for Keystone Symposia.

“Our attendees get a lot of value from these meetings. This cosmopolitan-nature-skiing setting gets the creative juices flowing once removed from the lab.”

Some concepts addressed in this symposium included the extension of antibodies in the use of cancer treatment, the generation of novel antibodies, and the challenges with using using antibodies as drugs.

The themes of these conferences were noncoding RNAs in development and cancer and cancer immunology and immunotherapy. Next year's symposia in Vancouver will focus on a completely different set of challenges such as Diabetes, Obesity, emerging cytokine networks, and inflammatory diseases.

More in Health, Family and Education