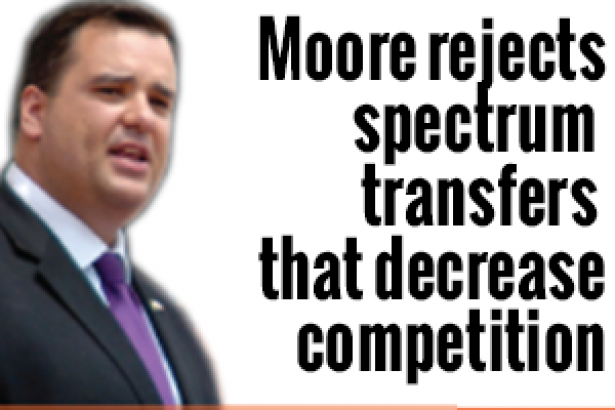 Last fall, a group of over 35 leading innovators and entrepreneurs joined OpenMedia.ca in sending a letter to Industry Minister James Moore. The letter decried that we pay some of the highest prices in the industrialized world for mobile services and emphasized the need for affordable independent cell phone options for Canadians.

Our letter called for several actions to be taken to fix our broken cell phone market.
Minister Moore has now replied. Moore has made a firm commitment that he “will not approve any spectrum transfer request that decreases competition in our wireless sector”:

Spectrum is the digital infrastructure cell phone companies require to deliver service. Moore’s commitment is notable because both Rogers and Telus are trying to take over some of this infrastructure to prevent more affordable independent providers from using it.

Since any transfer of this infrastructure from indie providers to the Big Three would decrease competition, it would be a huge flip flop for Moore if he allowed either of these takeovers to proceed. Considering that Moore has rightly called out the Big Three for their dishonest PR tactics, it would be doubly ugly if he went back on his word here.

Moore’s letter also noted that the government has now addressed one part of our letter concerning roaming rates and tower sharing. In December, the government announced new plans to rein in Big Telecom by putting in place caps on domestic roaming charges - fees that independent providers are currently forced to pass on to businesses and customers across Canada.

It’s nice to see the government listen to Canadians and innovative businesses on these areas but the letter did fail to address a couple of crucial points:

James Moore and the government have made a very clear commitment to deliver lower prices and more choice. But more work is required to rein in the Big Three and finally ditch the big telecom deadweight on our economy.

We’re making progress because more and more entrepreneurs, innovators, and Canadians across the board are calling for the government to fix our broken telecom market.

We’ll be sharing Minister Moore’s letter with the group of top Canadian innovators and entrepreneurs and I’m sure like all Canadians they’ll be looking for more action from the government. Your OpenMedia.ca team will keep at this until we win.

Don’t forget - if you represent a business and you want to be part of this growing campaign, join today at https://OpenMedia.ca/innovators