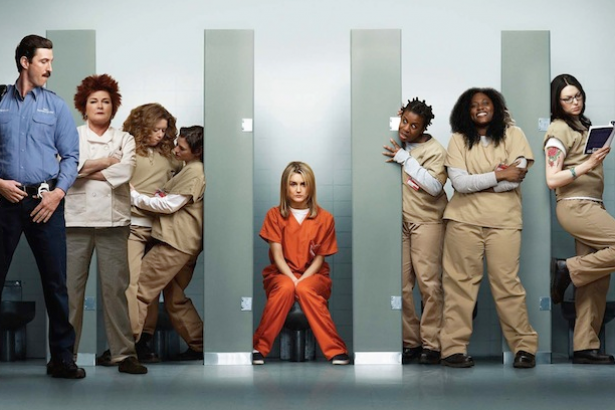 "Orange is the New Black" premiered all at once on Netflix to no small degree of hype. I daresay the series has not only lived up to that hype but exceeded it, leaving us with a drama-with-comedy whose layers reveal themselves over time, long after you've marathoned through the final episode.

"Orange is the New Black" is, in my opinion, one of the best series of the year, and it's been a damned good year for the small screen. The series did a great job of opening out each episode to include a tremendous number of story threads.

OITNB is clearly a hit with the Internet, as we can gauge via its sustained Twitter volume. Hell, its volume was on par with that of "Breaking Bad", day after day, all month.

While Nielsen doesn't measure Netflix, indicators suggest that OITNB is doing better than "House of Cards" or even "Arrested Development".

Fish out of water

That Piper Chapman sticks out in prison is nothing new, and the series does well to spend as little time as possible injecting her into the Litchfield ecosystem. Rather than ending up as a cliched punching bag, Chapman's inability to navigate the complicated workings of the prison result in her messing things up for other inmates as much as she does for herself. 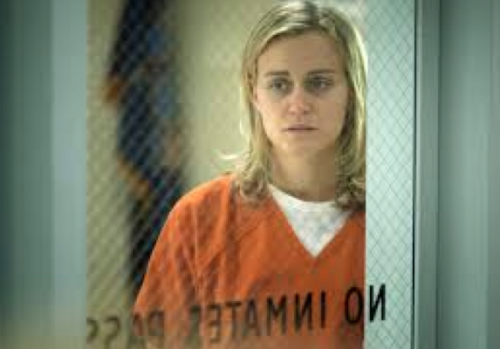 Mouthing off to Red, Chapman gets starved. Accidentally pocketing the screwdriver, she gets the bunks turned upside-down. Chasing the chicken, she gets the track closed. Confessing to Caputo, she gets herself in a vicious fight.

Chapman keeps vowing to keep her head down and serve her time, but she seems incapable of doing so at a DNA level.

Red, who runs the kitchen at Litchfield remarks that the women of Litchfield are "the bad guys" as far as the outside world is concerned. Is that really true, though?

If you're black or Latino, or if you're poor, then the American criminal justice system is basically out to get you. Look at the NYPD, for example, whose racist-by-design stop-and-frisk policy has only just now been formally halted; Mayor Michael Bloomberg, long a stranger to irony, declared that NYC was "not given a fair trial" when it came to his cops being told to stop blacks and Latinos who dared to walk down the streets of their own neighborhoods.

After getting busted by racist police action, you could find yourself in the crosshairs of a racist prosecutor, who will of course swear up and down that his personal opinions don't sway him in the course of his public duties.

The corrections officers of OITNB are depicted as predators, which is largely reflected in the stories of real-life prisoners. When you give one group absolute power over another group, the result is not hard to predict. Pornstache is the clearest embodiment of this dynamic. 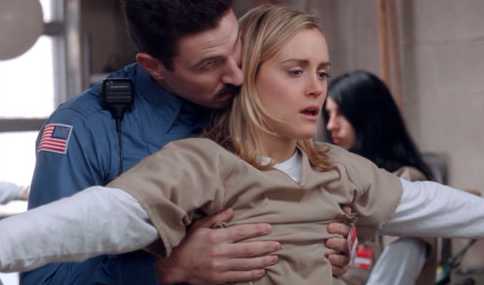 However, we soon see Healy's true colors as his fascination with lesbianism becomes apparent. When he can't get Chapman (one way or another), he makes it his business to make her time at Litchfield as hard as possible.

The real-life Piper has become an advocate for prison reform, and the series is following suit, albeit gently.