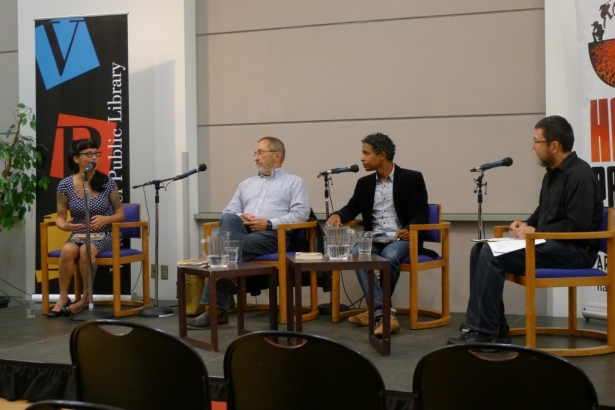 I think writing about small moments in fiction is much more difficult than writing big set-pieces, so Mixed Voices Raised was right up my alley.

The following evening was Mixed Flicks. The evening was hosted by Tetsuro Shigematsu, who really needs his own talk show.  We watched "Neither Here nor There", a series of interviews exploring the notion of Third Culture Kids, and the question of whether or not defining an identity also defines others as strangers.

We also watched "Kimchi Fried Dumplings", from Vancouver filmmaker Jason Karman. I liked how the mixed-ethnicity family was not commented upon within the film, it just was, rather than being "a thing". That sort of casting is fairly rare unless it's the point of the story.

We also got a sneak peek at the trailer for Michelle Kim's "The Tree Inside".

With both evenings, the discussions sparked by what we saw and heard were easily as interesting as the works of art themselves. It's sort of like TED in that regard: It's not just about the presentations, but about the people who come to experience them.

As someone who has spent so much of his adult life outside his home country, I felt quite at home amongst the nomads; even in a city like Vancouver, which nobody you meet seems to truly call home.

You haven't missed out on Hapa-Palooza just yet. Hapa Family Day takes place Saturday, September 21 at the Granville Island picnic area from 1-4pm. Bring something to eat and a desire to meet strangers from all over the planet. 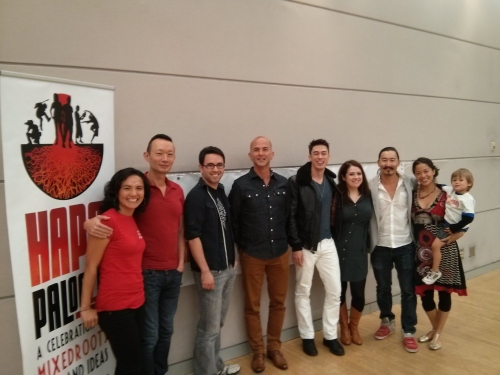