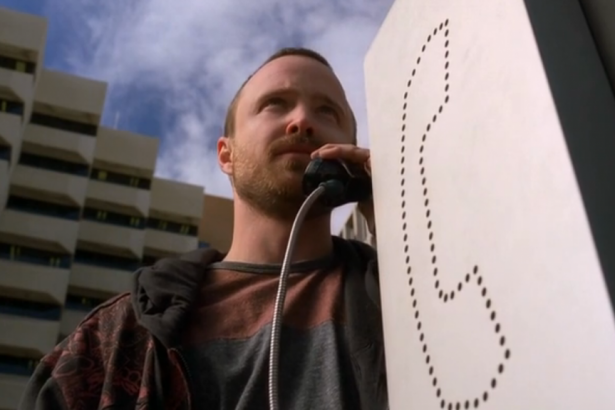 Welcome back, meth heads. Here you will find the recap and review for "Breaking Bad" S05E12, titled "Rabid Dog". Jesse is going all "Extreme Makeover: Home Edition" on Rancho Depresso, and Walter White has shown off his acting chops in an epic frame-job confession video. 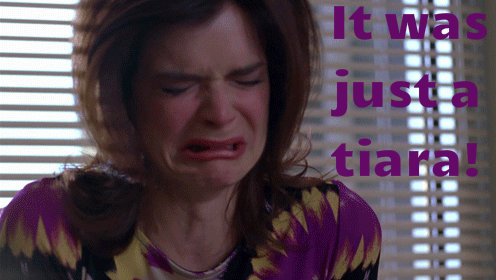 Will the Jesse-Walt showdown come as quickly as the Walt-Hank confrontation? Who's the rabid dog, Jesse or Walt? Only one way to find out... oh, and major spoiler alert.

Walter White pulls up at Rancho Depresso and sees Saul Goodman's car, the driver's door hanging open, all "ping-ping-ping..." Walt ninjas over the fence, gun drawn. The revolver must have thawed out on the drive over.

As he awkwardly enters the house, Walt notices the squidgy carpet; apparently he didn't smell the gasoline first. Unsure if Jesse Pinkman is still in the house, Walt is seriously creeped out. 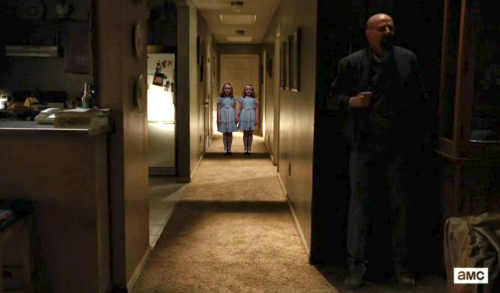 A room-to-room search finds the house empty. Walt then checks the car: on the dashboard he finds an unmarked DVD covered in white powder. It's all about unmarked DVDs these days, I guess, and here I am using Dropbox like a dumbass.

Huell shows up along with a door repair guy and a carpet-cleaning crew. Walt specifies that the locks on the door must not be changed. He hopes to have this all sorted before Skyler comes home. Because Skyler getting mad is his biggest concern right now.

After Huell gave him the number of the Hello Kitty burner, Walt calls Jesse thanking him for not torching Rancho Depresso and asking for a sit-down.

Unfortunately/unsurprisingly, the carpet guys cannot get the gasoline stank out of the carpet, so Walt does what he does best when under pressure: strips down to his tighty whities. He then soaks his clothes in gasoline before taking the can out to hide his neighbor's trash bin. Dude, I really don't think you're supposed to dispose of a half-full gas can that way.

Walt then realizes he missed a step in his clearly-cunning plan: he soaks the driver's seat of his orange Dodge Challenger.

This is all to set up the stupidest lie of the entire series: that Walt was the hapless victim of a gas-pump mishap. 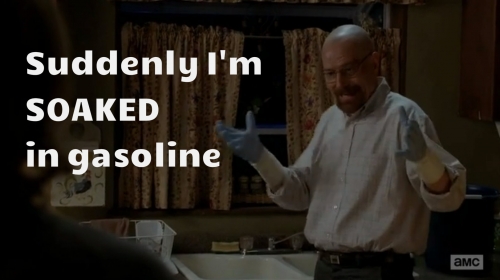 Walt Jr. calls bullshit right away, but thinks it's due to Walt's cancer. He coaxes his family to relocate to a hotel.

Best doggone dog in the west

Under the guise of getting ice from the hotel lobby, Walt has a hurried meeting with Saul and Kuby, wherein Saul suggests that Walt kill Jesse. Walt flat-out refuses. If Saul thought that using a gentle Old Yeller euphemism would help, he was wrong. No old dogs getting sent to Belize just yet. [Note: This scene contains major spoilers for those unfamiliar with "Old Yeller".]

Kuby has been keeping tabs on Jesse's usual hangouts, including a go-kart track (ha!) and the abodes of Beaver and Whatshisname Badger and Skinny Pete. Turns out that Skinny Pete isn't just a hardcore "Star Trek" fan. He's also seriously into "Babylon 5". Like seriously-seriously.

Incidentally, you know who appeared in an episode of "Babylon 5"? Bryan Cranston.

Back in the hotel suite, Skyler points out to Walt that the aborted arson attempt is precisely what she warned him about: looks like Jesse was the one who knocked.

Walter condescendingly explains that Jesse changed his mind, so it's all good. Besides, Jesse's only a traumatized, emotionally-unbalanced drug addict, so he's clearly not a danger to them. Skyler keeps countering Walt's argument that Jesse means them no harm by pointing out that the dude soaked their carpet in gasoline. To be fair, it's a compelling rebuttal.

Channeling the late, great Mike Ehrmentraut's ice-cold murder-eyes, Skyler has another suggestion: when stacked alongside the bodies piled up so far, "What's one more?" 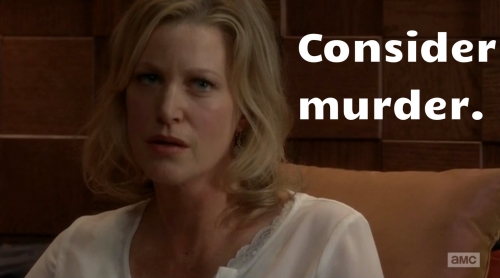 This all begs the question, though: why didn't Jesse go through with it?