Conservatives have a lock on Calgary ... for now

I voted in the advanced polls this past Easter weekend, as I will be in Toronto on the day of our upcoming general election. The polls were open Friday, Saturday and Monday from noon to 8 p.m. at a church a few blocks from my home. With convenient dates and times publicized by mailout card, newspaper advertisement and website postings, good access by foot, public transit or car, what could be easier?

As I waited in line to be validated and to receive my ballot, I overheard a conversation among several women waiting for a yoga class that was held in the same church. They were talking about whether they were going to vote. Quickly, the conclusion was that they were not going to bother, as they had left their purses with personal identification locked in their cars, and why bother, after all, Calgary was a Conservative lock.

I am sure that in true blue Calgary, if that potted plant were the actual Conservative candidate, it would still be voted to sit in Ottawa. Well-funded riding associations in Calgary, fully confident in their candidate’s electoral victory, are sending money to support of Conservative candidates across Canada in an effort to tip swing ridings their way. Again, the battlegrounds of a Canadian general election will definitely not be in Alberta.

But a demographic shift that has been under way in Alberta over the last decades is being to take effect. It is now the youngest province in Canada, with an average age of 36 years. Net interprovincial migration into Alberta of over 400,000 since 1997 (with Edmonton and Calgary responsible for almost three-quarters of the entire province’s growth) has the urban-rural population distribution now north of 80 per cent on the urban side.

Contrary to the commonly held stereotype of a rural dominated, right-wing strong hold, Alberta is transforming culturally and politically, and is now the most urbanized of all Canadian provinces. The stunning election of Naheed Nenshi, the first Muslim mayor of Calgary, may be the first of many watershed events whose impacts will reverberate beyond the borders of Alberta to all reaches of Canada.

While the Nenshi campaign has become a case study in the use of sophisticated use of social media to overturn an entrenched political establishment, the true significance, according to Nenshi, is “that voters care deeply about big ideas and will elect the leaders who take the trouble to engage them”.

For this election, the Conservatives should be assured of their present seats in Alberta. But for them and their opponents, this may be the last election where the Alberta electorate will be taken for granted. If those Calgary and Alberta voters -- who will most likely not vote in this election -- do become engaged in the run up to the eventual next election, Canadians of all political leanings from coast-to-coast, including the denizens of the “Lament of the Centre,” should have hope for better choices the next time around. 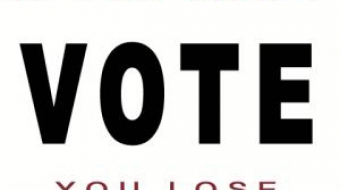 We get the government we deserve

Recently the wife of a friend of mine successfully wrote her Canadian citizenship test and soon will become a Canadian citizen.  Her writing of the test happened to coincide with the release of...
Evan HuApr 14th, 2011
Speak up about this article on Facebook or Twitter. Do this by liking Vancouver Observer on Facebook or following us @Vanobserver on Twitter. We'd love to hear from you.