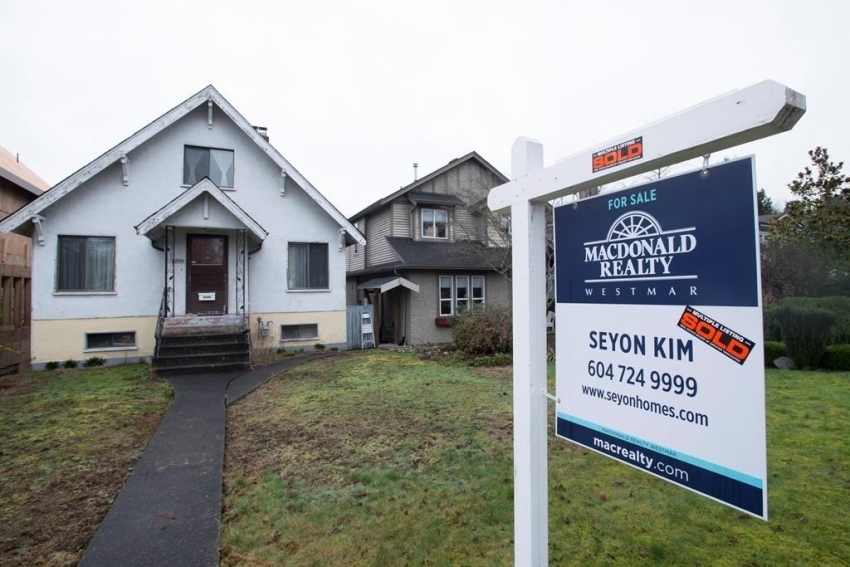 A home is sold in Vancouver. File photo by The Canadian Press.

A new tax on foreign home buyers in Metro Vancouver is already being earmarked to fund B.C. government housing initiatives that will be announced in the coming months.

Housing Minister Rich Coleman and Finance Minister Mike de Jong say housing initiatives for renters, low-income earners and first-time buyers are set to roll out in the fall, months before an next election that is expected to feature housing as a major battleground.

De Jong cited Burnaby's Metrotown area where housing and commercial developments surround transit routes as an example of what the province wants to achieve in other neighbourhoods and cities.

Legislation introduced this week would impose a property transfer tax of 15 per cent on foreign nationals who buy property in Metro Vancouver, effective Tuesday. It also includes a $75-million fund to support housing developments.

The Finance Ministry says residential and commercial real estate sales in B.C. neared $94 billion last year and during a five week period starting June 10, foreigners spent more than $1 billion on B.C. property, with more than 86 per cent of it in Metro Vancouver.

Coleman said he expects much of the housing plan to be made public in September.

He said he has had conversations with mayors, including Vancouver's.

"The city's got 20 sites that they have that they'd like to do some innovative stuff with. So, we're looking at those sites and we'll be looking at where we can do affordable rental or a mix of affordable home ownership and rental."

De Jong said the province is working on partnership agreements with local governments and developers, adding that the amount of money it spends will partly be determined by how much additional revenue is generated by the tax.

Premier Christy Clark said the government is introducing the tax to help British Columbians own homes. She has rejected calls from the real estate and home building industries to exempt property deals from the tax that were already in the works.