Hummingbirds brighten a dark alley in the Downtown Eastside 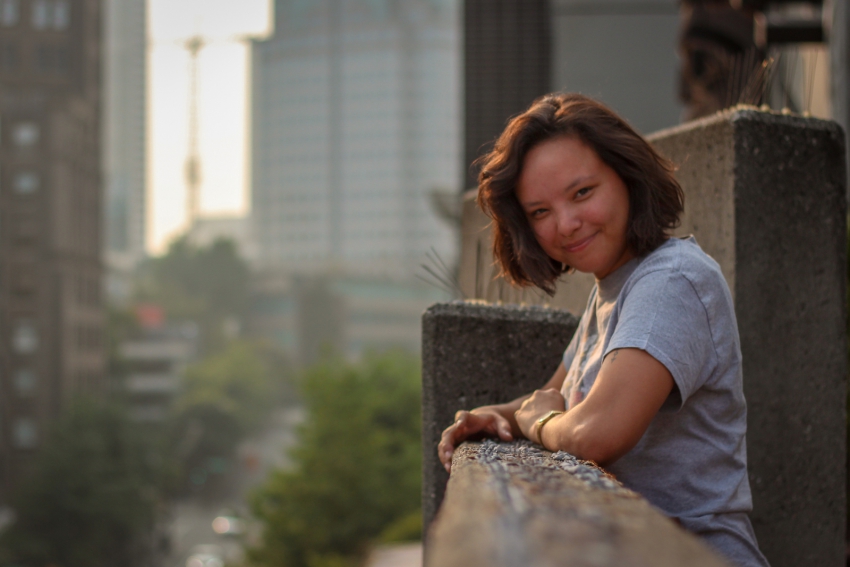 Charlene Johnny Wadsworth said she feels rooted here in Vancouver and she's glad she can play a role in changing the face of the city. Aug. 14, 2018. Photo by Emilee Gilpin.

When asked to create a design for a blank wall of a highly active alley in the Downtown Eastside of Vancouver, Charlene Johnny Wadsworth immediately thought of hummingbirds. The day after she submitted the proposal, as she made her way to school, she ran into a little hummingbird who stared her straight in the face before flying away.

She took the meeting as a message. She knew she would be approved to do the mural and gift the community something beautiful.

For those that drive, walk or pass through the Downtown Eastside (a notoriously "rough neighbourhood" in Vancouver) - the poverty, drug use and houselessness (because not everyone needs a house to have a home) can be shocking. But people who spend most of their time on the streets or are familiar with those that do will speak of the warmth of the community in contrast to its reputation.

Wadsworth was asked to apply for the Downtown Eastside mural from her jewelry-making instructor, Sharifah Marsden, at the Native Education College (NEC). Marsden, a celebrated artist and jeweler, has worked on many murals throughout the city. As a part of the Vancouver mural festival from Aug. 7-12, the Downtown Eastside Centre for the Arts (DECA) made a call-out for an Indigenous female artist who could bring colour to the block.

The alley is located on Columbia Street, a block off Main Street and a block off Hastings Street. It's a step away from the Downtown Eastside Women's Shelter and another block away from a safe injection site accessible to street drug users. When Wadsworth found out she was approved for the mural, she made a big Facebook post, inviting her community to come and help transform the 56 x 22 ft space.

"They didn't have a budget for hiring help," Wadsworth explained, "and knowing how active the alley is, plus having to use a ladder, I knew I shouldn't be working alone."

Many of Wadsworth's male friends pulled through to help Wadsworth with the work. Painting in the middle of a community attracts all kinds of attention and eventually, as they started to draw pink, purple and blue hummingbirds across the once-empty wall, people in the area started to share stories.

"One woman came and told me about her near-death experience and how she had dreamed at the time of hummingbirds," Wadsworth said. "Another guy told me when his mom was passing away, these hummingbirds flew into his house and he felt like he would be okay."

"It’s their backyard," she said.

With the help of her community, Wadsworth finished the mural in just over four "FULL" days. 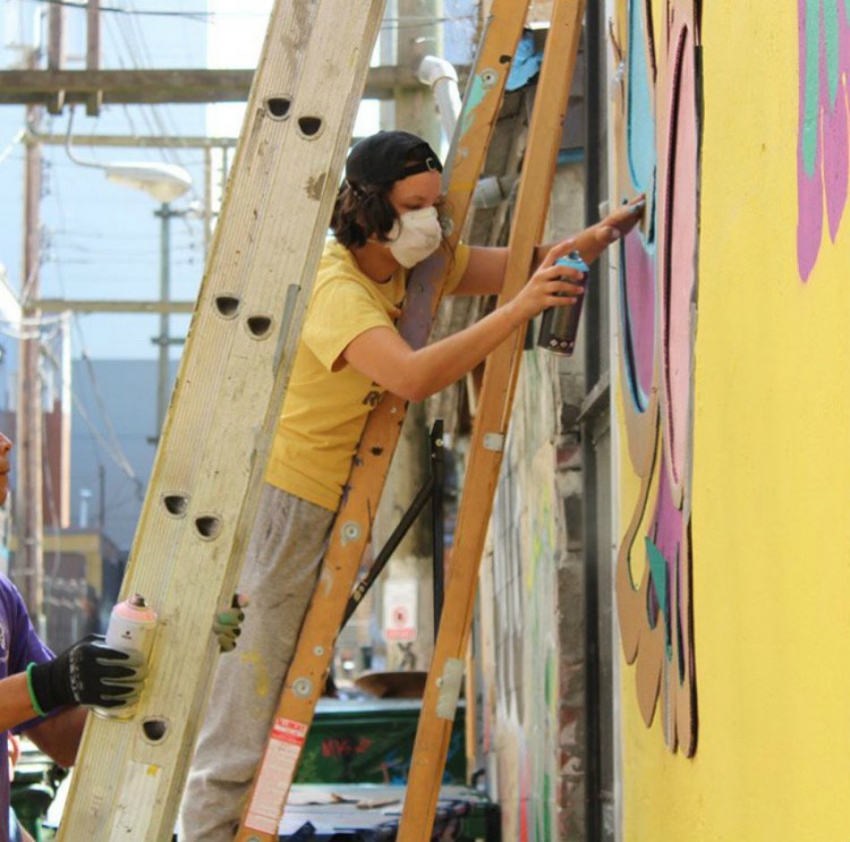 Wadsworth said she was grateful for the people who pulled through and committed to showing up and offering hands to make this project possible. Photo provided by Wadsworth. 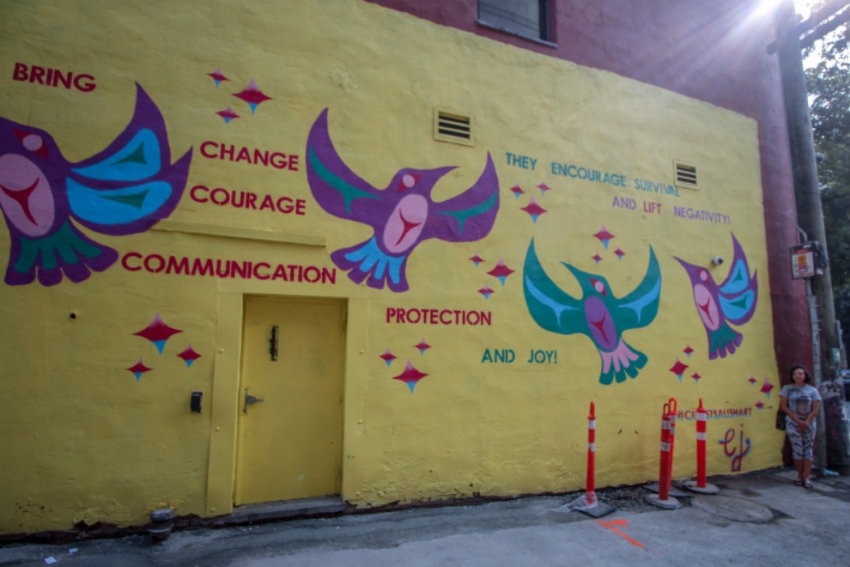 This project was her first large mural, but she has been in the art world for much longer. She won two art grants from the Vancouver Airport in 2012 and 2013. In 2012, she was commissioned to create a large sand-blasted glass vase and in 2013 she made a traditional button blanket. Today, she focuses on carving, engraving copper and silver, and learning how to inlay and set stones.

As her course at NEC comes to an end with their final show on Saturday, Wadsworth is nervous, but excited about the next steps. She's open to collaborating with other artists and getting involved in creative projects across the city. She'd love to paint a mural back home in Duncan, she said, where she was born and lived until she was 10.

Now, at 27 years-old, Wadsworth feels rooted in Vancouver and happy she can play a role in a diverse group of artists and muralists whose work is "changing the face of the city," she said. The Vancouver Mural Fest takes place every year, bringing together 23 artists from different backgrounds to make their mark.

"There’s something about public spaces and public art that creates a sense of community," she said. "We don’t even notice half of the murals out there - it becomes a part of the scenery, but they add so much."