Quebec countryside getting ready to burst into the colours of fall 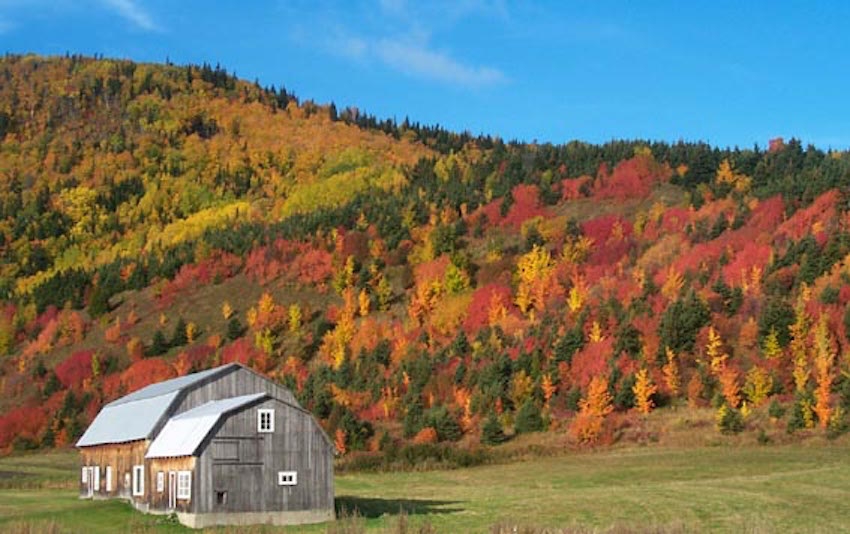 MONTREAL — September may signal the end of summer vacation time as people get back to their daily routines and school classes, but enjoying the outdoors doesn't need to end.

In fact, there's just enough time to catch your breath and prepare for an explosion of colour throughout Quebec.

Tourism Quebec's Claudette Lacombe says bursts of red, yellow and orange will soon begin to appear as leaves change colours with the approach of fall.

Lacombe says Quebecers who live in and around Montreal usually take day trips to the Laurentians north of the city or the Eastern Townships to view the colours.

"It's in regions south of the St. Lawrence River, where you have the presence of maple trees, where it will be interesting because the accumulation of sugar in the sap brings out the red colour in the leaves," she said.

"There are also (maples) in the Laurentians, but there are fewer maples there when compared with the Eastern Townships and the Beauce region, south of Quebec City."

Lacombe also suggests visiting areas near Quebec City, like the Charlevoix region, where Mont-Ste-Anne and the St. Lawrence River add a spectacular backdrop to the changing colours.

Tourists may want to do some bird-watching while they are in the area.

"In the region of Quebec City, there's a place called Cap Tourmente where you can observe thousands of (Canada) geese," Lacombe notes. "They are migratory birds that leave Quebec and go south."

Anyone planning a fall colour tour in the province should check the bilingual website Quebecoriginal.com starting in mid-September.

Lacombe says the website will include a report on the evolution of fall colours for all regions of Quebec. It will indicate whether the foliage has begun to change colour, whether it's in the midst of changing colour or will soon be peaking.

She stresses that the changing colours do not happen during Indian summer, a period of unseasonably warm dry weather which occurs after a frost or cold weather.

"Contrary to what people believe, the tree colours are not caused by temperature but rather the diminution of light when days start to get shorter," she said.

Lacombe recommends visitors set aside a weekend to give themselves extra time to take in various activities that also take place in the regions.

It may be too early to head for the slopes to ski, but many centres open on the weekends for visitors to use their ski lifts to go up the mountains to observe the fall colours.

Danie Beliveau, who is with Tourism Eastern Townships, says four ski centres in her region put their lifts in operation, but it's not free.

"It could vary, but it's around $10," she said, adding that barbecues and wine tasting are also offered.

"It varies from one ski centre to the other, but there are activities at all four: Mont Sutton, Ski Bromont, Mont Orford and Owl's Head."

Activities are held in towns around the ski slopes: farms are open to the public and there's also a tour of artists' studios.

"Not only will you visit the studios, you can drop in on a cheese factory or a vineyard," she said, noting that there are 28 vineyards along the region's so-called wine route.

Beliveau says all the events are listed on Easterntownships.org and the website is bilingual.

A search engine is available to help hikers who may want to tackle some of the region's 140 trails.

"If they want to climb a mountain, they put in the criteria and the search engine will provide the trails that satisfy their needs," she said.

There's a variety of options when it comes to lodging: small hotels with 40 rooms, large hotels with 100 rooms, campsites, small tree houses and outdoor teepees.

"We even have a hobbit house — like 'Bilbo Baggins, the hobbit,'" she added. The unique dwelling is located in the town of Eastman.

Beliveau said the average rate for a hotel room is about $130 because it's still the peak tourist season during the fall colours.

Tokyo's cherry blossoms are even more magical at night