Us, an artful horror movie, also three good ones back in town from the film festival 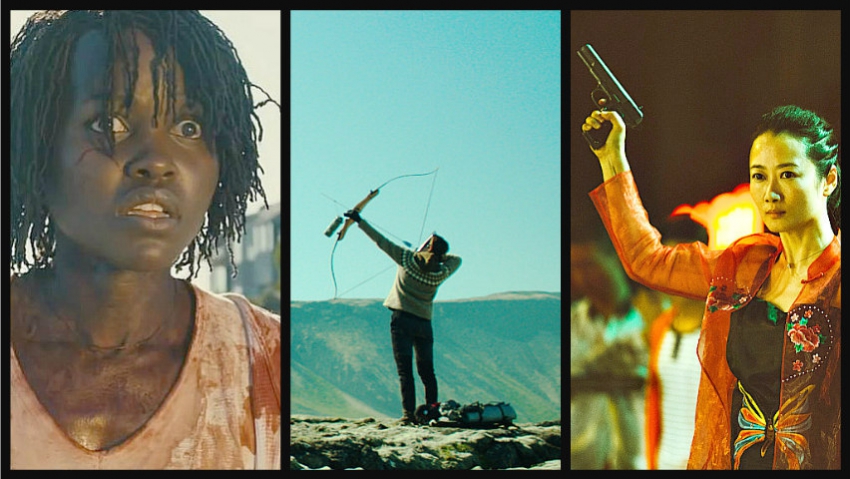 Screenshot from 'Us' by Jordan Peele

When films as highly anticipated as Us come along, others stay away. Except for three (reviewed below) that have returned after playing at VIFF and one film, Cruel Intentions, here for a week’s celebratory booking to mark its 20th anniversary. I’m not exactly sure why. It’s a tale of seduction and betrayal among a group of rich New York Teens. Sarah Michelle Gellar and Ryan Phillippe play step-siblings and very young Selma Blair and Reese Witherspoon play the virgins he wants to conquer. Highly cynical, as if that’s what we need right now.

On a more positive note you can catch that thoughtful documentary What Is Democracy? at a free sceening tonight. It’s at Simon Fraser downtown (149 W. Hastings St.) at 7 and the director, Astra Taylor will be there to talk about it. You can learn more and register at https://www.eventbrite.ca/

US: For Get Up, his first film, the sketch comedian Jordan Peele won a screenwriting Oscar. He used horror movie tropes to explore the racial fears felt by blacks in the United States. He’s back in the genre with his second but although the family at the centre is black, it’s not race that he’s exploring this time. It’s class. At least I think it is because the film doesn’t really tell you what it’s about. It’s well made but thematically it’s something of a rickety construct and an explanation at the end doesn’t settle much at all. It’s a hit though, and selling out screenings, including one at 10:30 Wednesday night. It’s been the most eagerly awaited horror film in some time but careful. It’s not for everyone.

It starts with a family visit to an oceanside amusement park. The daughter wanders off into a funhouse and meets an exact copy of herself, a doppelganger. Years later, now a mother herself and played by another Oscar winner, Lupita Nyong'o, she’s still haunted by memories of that encounter. Then it happens again. She’s at a summer house with her family, two children and her husband played by Winston Duke, when four people show up in the driveway, and refuse to leave. They’re dopplegangers too, of her and her family.

“Who are you?” she asks. “We’re Americans,” her counterpart says. That’s where I get the class interpretation. The film reflects the unease some middle class blacks feel about the ones who don’t have as good a life. It then watches them terrorize the family, threaten with scissors and cause bloody confrontations. With a white family too. Elizabeth Moss has to do some hard crawling covered in blood. There’s lots more going on but not much that I found very scary. Too peculiar for that. Not real, like the many classy horror films Peele says inspired him. (Scotiabank, Marine Gateway and suburban theatres) 3 ½ out of 5

WOMAN AT WAR: She’s an eco-warrior and this enjoyable film should find more than a few like-minded fans around here. It takes place in Iceland and delivers a robust environmental message with no preaching but a lot of humanity and quite a bit of quirky humor. The sound track music for instance is played right on screen every once in a while by a small combo (drums, tuba, accordion, sometimes a piano) or sung by a trio of traditionally dressed women. These and other bits of droll comedy back up the endearing performance by Halldóra Geirharðsdóttir as a choir director with a secret life.