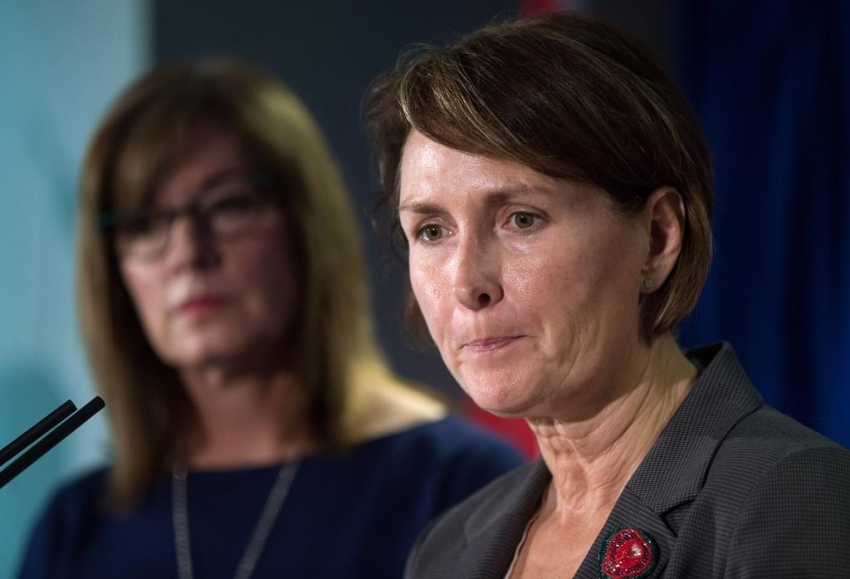 VANCOUVER — British Columbia's privacy and children's watchdogs are urging the province to make cyberbullying education a mandatory part of the school curriculum and teacher development.

"The high-profile suicides of recent years of Canadian teenagers — including B.C.'s Amanda Todd — appeared to be a response to particularly vicious cyberbullying," the report said.

"These tragic cases, and many other instances of exploitation of young people, have brought the issue of cyberbullying to the forefront of public consciousness."

Todd, 15, took her life at her Port Coquitlam home in 2012 after an explicit photo of her was shared on Facebook. The report highlights her case, as well as that of 17-year-old Rehtaeh Parsons, who killed herself in 2013 after a picture circulated of her alleged sexual assault.

A statement from the Education Ministry said it has "taken a number of actions on cyberbullying" and would build on an existing anti-bullying strategy to address concerns raised in the report.

"Bullying is bullying, whether it happens behind a computer screen or face to face," said Education Minister Mike Bernier, whose ministry will take the lead on responding to the recommendations.

Denham and Turpel-Lafond said there's no data available to assess the impact of the ministry's existing strategy, called ERASE Bullying (Expect Respect and a Safe Education). It includes an online tool for victims to anonymously report bullying to schools, as well as a five-year training program for educators on all forms of bullying.

"It is a very small initiative in terms of resources and does not represent a comprehensive response to the issue," the report said.

The watchdogs asked the ministry to go a step further and develop learning objectives on cyberbullying to be included in the curriculum as soon as possible. They also want the subject to be a mandatory part of professional development for teachers across the province.

They also pointed out that cyberbullying is different from face-to-face bullying in a number of ways, including that there's a wider audience for victimization online.

"A post can go viral in an instant," the report said. "This is exacerbated by the fact that content has a greater shelf life online than face-to-face interactions, making it accessible indefinitely unless taken down."

Denham and Turpel-Lafond also called on the attorney general to consider developing prosecution guidelines for cyberbullying cases, while carefully balancing the harms that charges may inflict on young people's futures.

The Criminal Justice Branch, a part of the Justice Ministry, said it determines independently whether a prosecution policy is required in the public interest.

"We will certainly consider the report which has been issued and the report may assist the branch in assessing whether to implement a specific policy on cyberbullying," said spokesman Neil MacKenzie.

The report added that social media companies and Internet providers bear some responsibility for the actions of their users. It recommended companies develop processes and policies that facilitate the removal of private content posted without consent.

"The answer is not to take technology away, or to introduce invasive surveillance tools to monitor our children," Denham said in a statement. "Instead, we need to teach them how to behave online in a way that is respectful of others, and empower them to express themselves responsibly."