Speakers told repeatedly to lower their voices, change their tones. 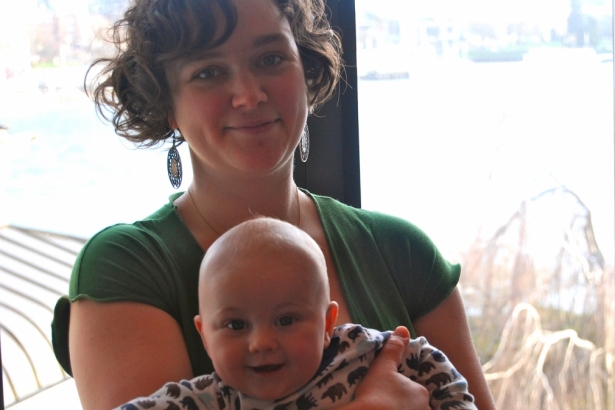 To convey her feelings about the proposed Enbridge pipeline to the Joint Review Panel in Victoria yesterday, Patricia Johnston described a phenomenon called solastalgia.

“It’s the pain experienced when there is recognition that the place where one resides and that one loves is under immediate assault.” She told the panel that, in addition to the ecological destruction the Northern Gateway pipeline would wreak, the intangible effects on the people who live here would also be great.

“The impact of environmental degradation on the human spirit and psyche is huge.”

This sense of emotional distress was in evidence throughout the day’s hearings, as presenters choked up speaking of the sense of loss damage to the coast would cause them.

Islander Bill Gaylord had to stop himself only a minute or two into his statement, and registered his own surprise at his emotional response.

“I did not think I would react this way,” he said. “I’m an ex-marine. I don’t do this.” His wife Judy, who gave her statement just ahead of him, gave his hand a squeeze and he continued.

After growing up in Seattle, Gaylord came to BC and got married, and he and his wife have spent the last 40 years exploring the coast. He expressed his pride in this country and said his top priority is doing whatever he can to make sure future generations have the chance to do the same.

“I come from a time when leaving our resources in the ground for our children an grandchildren was an agreed upon endeavour.” He planted a fist on the table and his voice broke a little, but he finished strong.

“My name is Bill Gaylord and I am Canadian.”

Several people were stopped on day three of the hearings for displays of strong emotion, told to lower their voices and change their “confrontational” tone.

In her presentation, Alison Acker described participating the summer-long protests in Clayoquot Sound that led to the creation of the biosphere trust. She was arrested along with dozens of others.

“Over that summer of 1993 people came from all over the world to stand on that road and protest.” She said it drew huge numbers of people. But when she told the panel to expect similar numbers of people willing to block roads and go to jail over the pipeline, her mic was cut. Panelist Shelia Leggett told her talk of civil disobedience wasn’t of value to the panel.

“I don’t want to see it. It’s doesn’t need to happen,” Acker said. “I don’t need to warn you, I just want to tell you there are going to be thousands of people like me.”

“I’m not aware of any legal principle that prevents you from hearing evidence of civil disobedience.”

One voice that wasn’t quieted was that of six-month old George, son of Maggie Gilbert. He giggled and cooed into the mic while his mother, currently on parental leave from Dogwood Initiative, told the panel how clear her vision of the future is.

“I want George to learn to row his grandfather’s dinghy and learn to swim on the beaches of one of our lovely gulf islands.” She said everyone has choices to make to preserve that future, but the panelists are unique in their chance to decide.

“You have a really great opportunity to make a choice here that no one else has.”

Numerous young people spoke yesterday, including student and aspiring scientist Carmen Smith. She told the panel that water has been a crucial element in her life for longer than she can remember. In her family, the story goes that she was fishing even before she could walk. But a pivotal moment in her sea-going life happened in another ocean.

“I fell in love with the ocean when I got my diving certification in the Gulf of Mexico at the age of sixteen.” She was travelling abroad when she heard the news of the BP spill.

“I tried to imagine that somewhere, that one place, that little spark that forever change me as a person down in the gulf, had escape that.” But she knew it was too much to ask. Now, she said, her hope is that when she graduates she will be able to research in strong and healthy ecosystems.

“I don’t want to base my research around clean up of a spill that shouldn’t have happened because of a project that should never have been put through.”

Lliam Hildebrand, a member of the environmental organization Social Coast and an oil sands worker, told the panel that even the people driving the oil and gas industry know major change is needed. Hildebrand took environmental studies in school, he’s red-seal certified in both steel fabrication and welding but he hasn’t been able to find a job in renewable energy infrastructure.

“I looked for a job in renewable energy development and there’s absolutely nothing. So the last three years I’ve ended up working up in the oil sands,” he explained.

“It’s great pay but it's certainly not very rewarding.”

And he’s not alone. He surveyed a small group of his coworkers on question about putting a moratorium on exporting raw oil, establishing third-party oversight for exports and ending government subsidies for the oil industry.  Most were strongly in favour of all three.

“A lot of the guys up there are on the same page as me. They don’t feel good about what they’re doing with their lives but it pays the bills.”