A new study by the Canadian Energy Research Institute found that BC will get the largest economic benefit from the construction and operation of the proposed $6 billion Northern Gateway pipeline. But economist Marc Lee argues the external costs outweigh the distorted benefits. 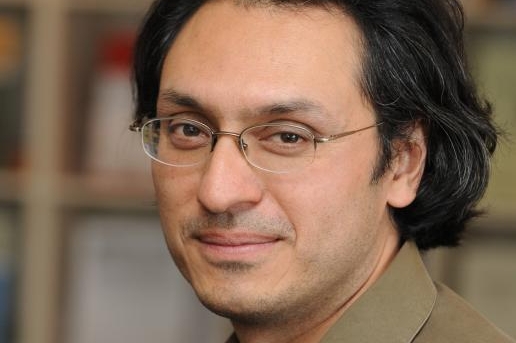 A new study by the Canadian Energy Research Institute  [CERI] purports that BC would get the largest economic benefit from the construction and operation of the proposed $6 billion Northern Gateway pipeline. Over a 25-year period BC would get $4.7 billion while Alberta would get  $2.9 billion from construction and operation of the pipeline, according to the CERI. But economist Marc Lee argues that while $4.7 billion may seem like a big number, when spread over 25 years, it equates to a tiny fraction of BC’s $200 billion annual GDP.

“Even if that number is true it’s like one one-thousandth of BC’s GDP,” Lee said.

The study -- funded by the Canadian Association of Petroleum Producers and both the Alberta and federal governments -- follows BC Premier Christy Clark's declaration that the Northern Gateway project poses a "very large risk" for BC with a "very small benefit",prompting her to ask Alberta Premier Alison Redford to give BC a greater slice of the economic pie.  A previous study by the CERI found that the largest share of economic benefit  would go to Alberta--$352 billion in GDP growth over 25 years--while BC’s $5.1 billion in benefits would pale in comparison.

CERI’s latest findings add fodder to the debate over who benefits from the pipeline.

The report estimates that the proposed Northern Gateway oil pipeline will bring in an estimated 70,000 person-years of employment in BC spread over  three years of construction. Lee, who did his own study on the economic costs and benefits of the proposed Enbridge Inc. pipeline for the Centre for Canadian Policy Alternatives  in March, believes those numbers are distorted.

“While those big numbers sound really impressive, we would actually be doing this for the sake of 200 permanent jobs,” Lee said.

A large portion of CERI's estimated employment gains come from induced employment numbers, he said, which are estimates on how much workers will put back into the local economy through spending money in stores and local businesses.

The only job numbers British Columbia can bank on are direct jobs building the pipeline and operating it once its constructed.

“Everything else is highly uncertain,” Lee said.

Enbridge, meanwhile, estimates that there will be 560 long term jobs in BC.

From a policy perspective, Lee argues its detrimental to analyze a project’s economic benefits without taking into account its external costs. Weighing the risks and benefits of the Northern Gateway pipeline needs to include a consideration of the impacts on First Nations as well as the impacts of climate change, Lee argues.

“They are making profits by imposing costs on other people around the world and onto the future,” Lee said, estimating Enbridge will make over $300 million per year on Northern Gateway. “That’s actually wrong and we need to say that.”

“Until we can see a situation where the full costs of developing these resources are reflected in prices, we can’t have this sort of rapacious profit making that comes at the expense of other people,” Lee said.

The Gitga’at First Nation live right along the route where Enbridge is proposing to bring in 250 super tankers a year. Even without an oil spill they are concerned about how the increased traffic will impact their local fishery, where they get 40 per cent of their food supply.

There are also economic costs of emitting greenhouse gasses, Lee notes. In 2010, the U.S. Government’s Interagency Working Group on Social Cost of Carbon estimated that the cost of economic damages associated with climate change is $21 per ton of carbon dioxide. More recent estimates put the cost between $28 and $893 per tonnes of carbon.

Lee estimates that the costs of climate change damage associated with the amount of CO2 released by Northern Gateway project could be between $4 billion and $20 billion per year.

An investment in a green energy project the same size as Enbridge Inc.’s proposed $6 billion pipeline would actually result in 10 to 20 times more jobs, Lee argues. Renewable power projects, constructing alternative transportation methods such as high speed rail and building dykes to adapt to climate change, are very labour intensive. The trick, he says is that these projects would largely impact the public sector and money would need to be raised for them.

But, he has a solution: a modest carbon tax. A low carbon tax of $10 per tonne, applied nationally, would yield approximately $5 billion per year in government revenues, he said.

“There are huge costs not being counted in this,” Lee said.

"Policy makers need to be looking at the costs and the benefits to make a rational decision. What we are seeing instead from the federal government is essentially cheer leading for the pipeline and arguing that it is in the national interest."

Would an oil spill in British Columbia be good for Canada?