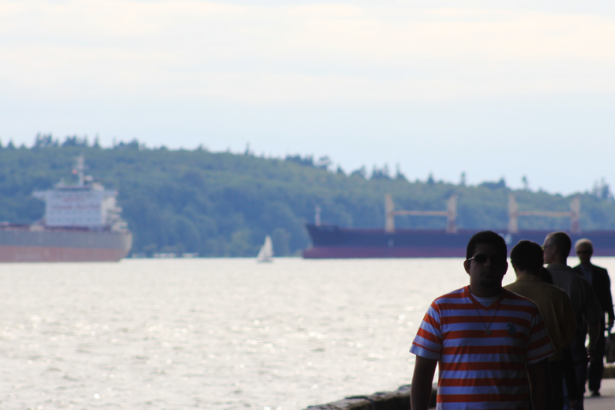 A majority of British Columbians are against the proposed Enbridge Northern Gateway pipeline, and half are opposed to Kinder Morgan's proposed Trans Mountain pipeline expansion, according to a new poll released today.

The poll was from Vancouver and Toronto-based Strategic Communications and commissioned by the Living Oceans Society.

Strategic Communications polled people along the proposed Kinder Morgan pipeline expansion route, who ranked the economy neck-and-neck with pipeline and tanker issues as the most important issues facing the province today. Health care was ranked third most important.

“It’s very unusual to see a single issue top health care or come so close to tying with the economy as the most pressing issue in BC,” said Bob Penner, Strategic Communications president in a press release. “This has become a critical issue in BC.”

1) Federal ridings along the proposed Kinder Morgan pipeline route, representing approximately 60 per cent of BC’s population, via telephone survey between August 1-21 to a representative sample of 600 BC adults. This poll is considered accurate to +/- 3.5 percent, 19 times out of 20.

2) The entire province via an online survey between August 8-10 to a representative sample of 1,012 adults. A randomized survey of this size yields a 2.1 percent margin of error, 19 times out of 20.

Only 30 per cent of respondents across BC said they’d be more likely to support the Enbridge proposal if the province were to get more royalties from the Enbridge pipeline project. Fifty nine percent said that either made no difference to their opinion, or would make them more inclined to oppose.

“Premier Clark’s attempt to buy support for Enbridge appears to have little chance of success, even if her terms were met, as strong opponents of the pipeline now outnumber strong supporters by over 7:1,” said Karen Wristen, Living Oceans Society's executive director.

“All levels of government should listen to what British Columbians are really saying on this issue: we will not accept the certainty of oil spills and the risk that they will cause irreparable harm to people or the environment.”

We're watching you: National Energy Board to Enbridge Inc.