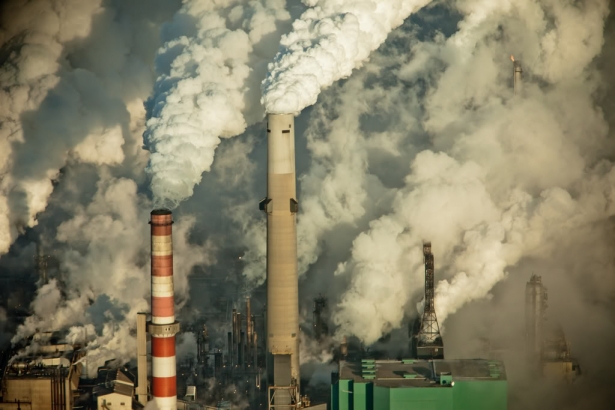 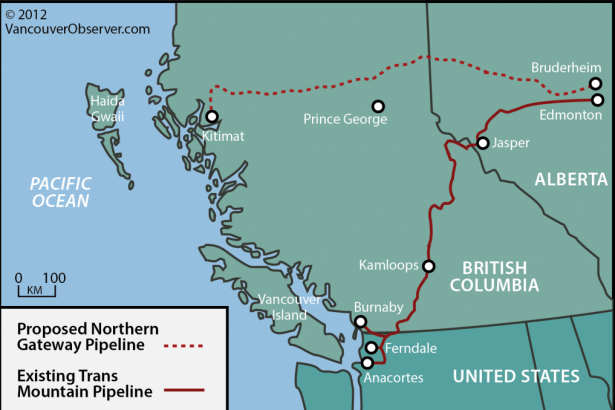 On a hot afternoon in July 2007, a worker started digging a new sewer line for the municipality of Burnaby, following instructions crafted from a chain of wrong assumptions. Before long, he punctured a pipeline once, and then twice, unleashing an explosion of heavy oil that rose 30-metres in the air and gushed for almost 30 minutes.

Within an hour, the neighbourhood that had been saturated with rain for over a week would be coated in 224,000 litres of thick black albian heavy synthetic crude oil that had travelled down a pipeline all the way from the heart of Alberta’s oil sands.

The geyser splattered cars on the highway and spewed over rooftops and lawns. A video of the spill shows a crew worker standing a block away snapping photos, deaf to the panicked cries of a woman across the street.

“Hey! What is this?” the woman yelled repeatedly. “Should I leave my house?”

As a powerful stench of rotten eggs filled the air, those who were home and close by started leaving on their own initiative. Firefighters later walked from door to door advising residents to evacuate. The spill temporarily displaced 250 people, damaged eleven houses and rendered five unliveable for the next four months.

It was a rude reminder of the risks involved with transporting an ever increasing quantity of oil.

Vancouver has been shipping crude oil from Alberta since the 1950s, thanks to a somewhat forgotten, not-so-little pipeline that begins its pull in Edmonton. The 1,150 km Trans Mountain pipeline brings oil through prairie wheat fields and Jasper National Park, over mountains and down the sides of canyons, under river beds and into the busiest port on the West Coast of Canada.

American demand for fuel during the Korean War in the early 1950s sparked the creation of the pipeline that continues onto Bellingham, Washington. From start to finish it carves through some of the most spectacular scenery in the world.

During construction at its steepest point, workers and tractors hung off the sides of cliffs at Coquihalla Canyon, where elevation drops 3,600 ft. in 48 km, in what was called “operation yo-yoing.” 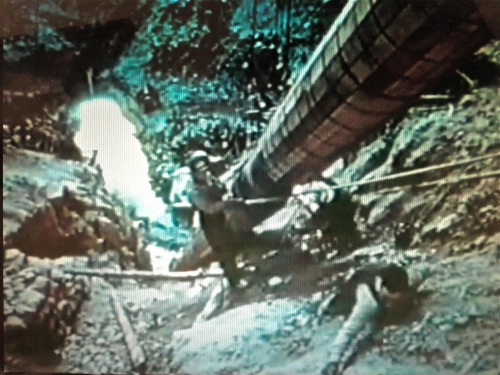 Workers hang off a cliff at Coquihalla Canyon during construction of the Trans Mountain pipeline in 1953. Screenshot from "Oil Across the Rockies" found on YouTube.

Today, consumer demand for Alberta oil sands drives Kinder Morgan’s plans to twin the Trans Mountain Pipeline and more than double its capacity to 750,000 barrels of oil per day. That’s more oil than what Enbridge is proposing to flow through the Northern Gateway pipeline towards the coastal community of Kitimat, BC.

If Kinder Morgan, the biggest pipeline company in North America, up to 300 tankers a year could come pick up oil from the Trans Mountain pipeline.

With the benefit of an existing right-of-way, Kinder Morgan is hoping to complete the expansion by 2017. If successful, it would equal a thirteen-fold increase in tankers since the company purchased the pipeline in 2005.

The company states it will begin public consultations on their expansion plans in September and will apply to the National Energy Board (NEB) for approval in 2013.