Anja Konjicanin
Jan 17th, 2013
Share on Facebook Share on Twitter
(Page 2 of 2)
" name="graphics3" align="BOTTOM" border="0" height="12" width="502">
But while the gas industry plays a huge role in the deterioration of the area, Behn said the issue is much more complicated, pointing out the large-scale hydro electric dams, third largest dam and hydroelectric generating station BC there, which produces mercury contamination.

"People can't eat fish from the river because of mercury issues," he said.

"There's been one gas development of some kind in the territory for the last 50 years," he said, oil spills that have "trashed" his grandfather's trapline.

He pointed out the consequences of ongoing expanding industrial development are hard to assess, birth defects, like the one he was born with (a cleft lip that caused him several years of painful surgeries). They are just a part of disproportionate consequences that resource development has had on rural, typically indigenous communities, noting there is a "significant" amount of cancer in indigenous population, including his family. Both of his grandfathers had cancer.

"Maybe it was the gas industry, maybe it was a combination of things, maybe because we eat fish from mercury-loaded water. These illnesses don't appear very easily. It's nearly impossible to prove that my mother ate meat, contaminated by a gas chemical. I can't go to the doctor and say, 'Hey, my kid is just a little bit less intelligent because they have been breathing toxins of low levels for the last 12 years. Can I prove that? No. But, do I have my suspicions? Yes. It's another reason why I went into law school," he said, adding that large amounts of small levels of toxic chemicals present in the environment can impact indigenous population, especially children.

"Up here, having bad doctors isn't uncommon...dying on your way to the hospital is common. We don't have resources."

"The Enbridge fight in particular has really blown out the questions about how energy works. We're a petro-state in many ways...Let's have a real dialogue and debate about this issue. Let's stop with the ridiculous, narrow minded, simplistic, left-versus-right, history-versus-environment debate," he said. "Let's get down to really complex questions about how  unconventional energy, in Canada particularly the tar sands and gas work."

Behn admitted he comes from a rough place. His eyes have seen incredible events unfold. His brother was shot by the RCMP.

Today, the 31-year-old is working hard on "some intense legal stuff" in the University of Victoria while studying law. He has been hunting all his life and still involved in his traditional native ways of life: hunting, trapping, archery. 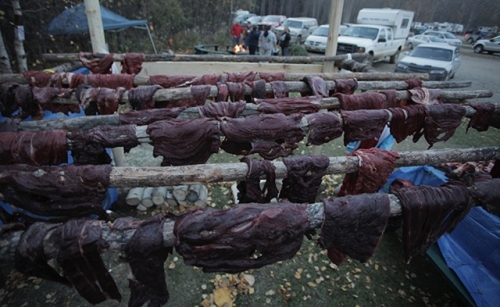 "That's why I have tattoos of traps on my body. That's why I have a feather tattoo on my arm. I literally wear pieces of the land on my body. It's close to me." Behn explained that every time he kills a moose, "which is the centre of [their] people", he cuts into his tattoo to show respect for that life.

"I'm shedding my blood with their blood. That's the connection. I give a small piece of myself back to the land."

"One of my friend's family members was poisoned, essentially, because of the unconventional gas, fracking," said Behn, adding that the family sued and fought courts for years unable to prove the leading cause of death.

"If you can't prove it, then it did not happen," he said. 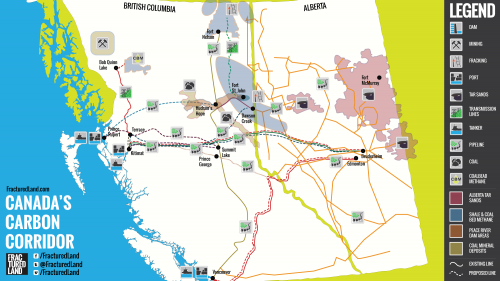 Canada's carbon corridor, hydrocarbon project development between Alberta and BC 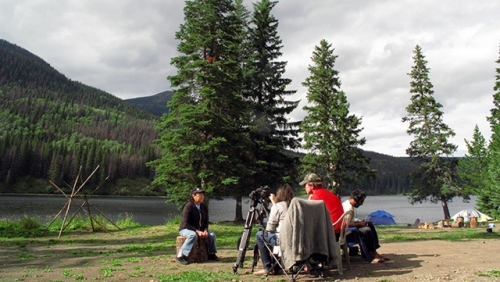 When Behn got involved in the project through mutual friends,  he was just starting his second year in law school. He was surprised by the intense interest they showed in his work.

"We just met up for research. They were quite interested in me, which was really flattering, but (also) scary. I'm just a guy," he said.

Behn admitted there were some challenges involved with filming such an honest, important and pure documentary.

"I trust Fiona and Damien. They are brilliant filmmakers, they're young, they believe in what they are doing. They made sacrifices too. I agreed to do this project, I agreed that I would share my story, story of my people, and territory and I sacrificed myself because all of us believe in this project, we all pitched in this, we paid for it with our credit cards. We all made sacrifices to make this happen."

Despite the difficulties, he said, he has no regrets given the importance of the issue.

"I think that it was the right choice. It was a responsible choice for my people...when this is a issue that no one cared about, especially in Vancouver."

"I hope people respect the fact that whether you like me or support me or not, the things that we're saying are really important for all Canadians, whether you're Conservative or NDP."