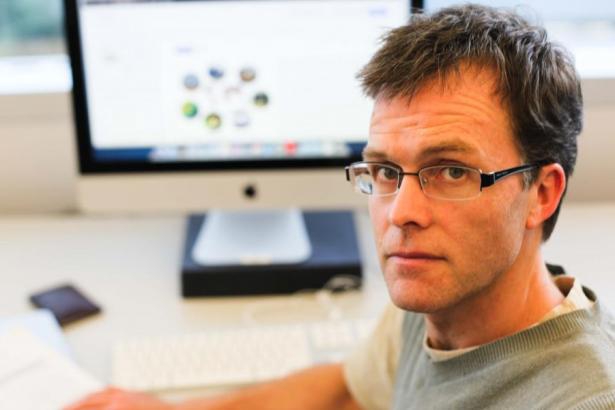 “It's the point of no return,” Dr. Arne Mooers says, emphasizing his words calmly with his hand. “You push, and suddenly – 'Whoosh!'”

The evolutionary biologist's hand suddenly plummets, as off a cliff. “We don't know how fast the transition would be,” he adds, pausing. “No idea.”

Mooers, an evolutionary biologist at Simon Fraser University (SFU), explains the theory behind a ground-breaking report he co-authored in the respected scientific journal Nature this week, Approaching a state shift in Earth’s biosphere.

Scientists have reached near-total consensus on climate change. But according to the new study, once you add other variables – such as population growth, over-consumption, agriculture and extinctions – to that mix, the entire ecological system may teeter on the brink. Everything could, in fact, change in the proverbial blink of an eye (at least, on the scale of earth's history). It's called a “global state change,” and the report estimates it could begin as early as the second half of this century if we stay on our present course.

“It's bad enough for there to be gradual change, but if that change is sudden and irreversible, all bets are off,” Mooers told the Vancouver Observer in an exclusive interview. “If something changes like the temperature, it could then cause a topsy-turvy, upside-downness that causes a new earth.

“A state change in one place could propagate globally like an epidemic. Think about it – think of different ecosystems coming close to a state change. Does that one tip over and cause the next one to tip over, and so on? When about 60 per cent of the earth is converted, that's a magic number in simple systems, for when an epidemic, rather than fizzling out, sweeps through the entire system.”

Until now, climatologists have documented the effects of carbon dioxide emissions on rising global temperatures – and their predictions are dire. But according to the new review, which compiles existing data into a new mosaic, the earth could suddenly and irreversibly shift in a catastrophic chain reaction, once humans have impacted a majority of the planet's ecosystems.

Based on the theory that changing systems can reach a rapid “tipping point” – like an iceberg suddenly flipping, or an epidemic exploding – the study's historic collaboration of 18 paleontologists, computer modellers, mathematicians, biologists and ecologists put their heads together to study whether such state changes could happen on a global scale.

“I would agree that it's fairly dramatic,” Mooers admits, as we chat in his lab at SFU's Interdisciplinary Research in the Mathematical and Computational Sciences Centre. “At some point we've converted too much of the earth, and the effects will be global.

“This review is dramatic – it's quite stark. The earth may become a much more hostile place for everyone. . . The chances are that this transition would not only be extremely problematic to human society, but the new state might not be conducive to human society at all.”

The Nature article was released in time for the United Nations International Conference on Sustainable Development, or Earth Summit. Dubbed “Rio+20” to mark the anniversary of the first international environment conference in 1992, tens of thousands of political, scientific and civil society leaders are gathered in Rio de Janeiro, Brazil from June 20-22 to deliberate on climate change and the environmental crisis.

The Earth Summit coincides with an alternative People's Summit, where environmental and social justice movements will converge and offer critical perspectives.

“All of those things are knowns,” said Steve Price, conservation science director with the World-Wide Fund for Nature (WWF) Canada, when asked about the study's conclusions. “In some ways, it doesn't state anything from a factual point of view what we haven't heard before – rising carbon emissions, a landscape highly dissected with roads, the large conversion of the planet to agriculture, urban and other uses.

“What they've done that's the most interesting is weave these all together, and say there's a dramatic state shift ahead for the earth. . . That's what's frightening – the catastrophic nature of what they say may be ahead.”

The cause of such a catastrophic “state change,” the Nature study concludes, is human activity – from farming to industry, from carbon emissions to habitat destruction. Studied as a whole, the devastation wrought by human industry and population growth have become “global-scale forcing mechanisms,” the authors argue. The report describes such mechanisms as “sledgehammers” in their impact.