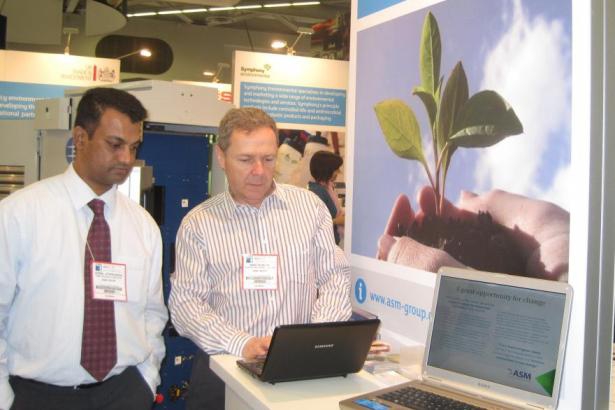 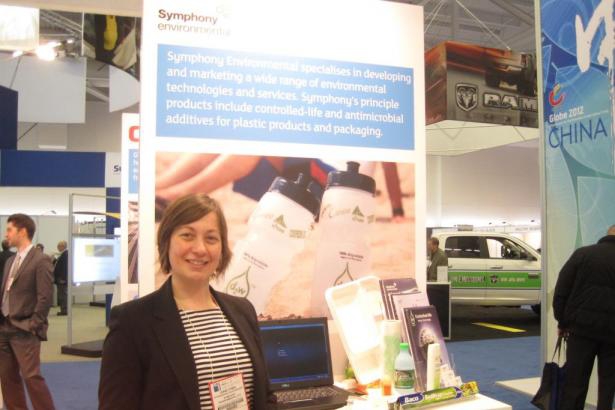 Innovation and collaboration. Those are the two words that have so far defined the 2012 GLOBE Conference and Trade Fair, happening Wednesday through Friday at the Vancouver Convention Centre.

This year marks the 12th edition of the international business and environment event, bringing together over 10,000 participants from more than 50 countries for a three-day sustainability free-for-all.

Making their presence known on the first day of the conference were green leaders from Britain representing both business and government, here to network and take advantage of a growing West Coast market for clean tech and energy. After the conference’s optimistic opening speech from B.C. Premier Christy Clark, nobody could stop talking about British Columbia’s world-class status as a prime location for green investment.

“You are a standard-setting province, you are remarkable in terms of the technologies that you are using, and you are unshakeable in your commitment to moving in the direction of a low-carbon economy,” said Dr. Andrew Pocock, British High Commissioner to Canada.

He was speaking at a lunch event hosted by the British Government, where guests were introduced to 15 different U.K. companies vying for new business opportunities in Canada.

Also speaking at the lunch was B.C. Environment Minister Terry Lake, who made note of some of the key similarities between Britain and West Coast cities like Vancouver.

“Here in British Columbia we’re making a significant effort to show leadership on climate action, and now we’re seeing the opportunities for green economic growth and the green jobs that come with it,” said Lake.

“And we’ve looked to the United Kingdom for a lot of that leadership. We both share a common vision and desire to act on green policies such as greenhouse gas reduction, greening of the building code, clean and renewable energy development, and of course, just developing all across a green economy.”

Just a day before the conference, GLOBE Advisors and the Washington D.C.-based Center for Climate Strategies released a report, predicting that clean economies on the West Coast of North America could create over one million new jobs by 2020. The report was the outcome of a five-month study into the potential for green economy and job growth in British Columbia, Washington State, Oregon and California.

Michael Rosenfeld, clean technology sector lead with U.K. Trade and Investment, explained why the West Coast has such a widely recognized reputation when it comes to green business. He said that when the British Government was identifying markets for investment in this sector, they found an ideal political and economic environment throughout western states and provinces.

“They saw a concentration of companies that were in a position to do business. They also looked at policies. For example, in British Columbia your carbon tax really would give a very strong indication of a willingness—a political will to change the basic way companies do business,” Rosenfeld told the Observer.

“This kind of opportunity starts on the West Coast of North America, and moves east. Because you have a progressive-thinking policy, and you have companies that are willing to take risk.”

Companies in B.C. aren’t the only ones taking risks and jumping headfirst into the green economy. British businesses like the 15 with booths set up at the GLOBE Trade Show’s U.K. Pavilion showcased a number of innovative low-carbon technologies, hoping to connect with potential clients, investors or partners from Vancouver and beyond.

One of those companies is ASM Organic Recyclates, whose unique “ecoHERO” technology can convert organic waste into sellable fertilizer pellets in just three days. The company’s chief technical director Gopal Jeyasundra developed the machine himself, and said it would be ideal for waste diversion in Vancouver restaurants or apartment buildings.

“We’re the only company in the world that will give an income stream to a waste generator. In other words, I generate waste, and you’re going to pay me for doing that,” said ASM’s business development director, Martin Ward.

Ward said they’ve been focused on reaching out to Vancouver because of the focus on sustainability in the local food sector, as well as the city’s commitment to waste-related “Greenest City” goals.

“[Vancouver] has laid down a remit to have zero waste to the landfill by 2020, which is exactly the same as the U.K.,” he added.

He pointed out that Vancouver also has one of the world’s highest landfill gate fee rates, making ASM’s “organic recyclates” an attractive option for local businesses looking to cut down on trash.

“We think for Vancouver, we’ve got something here that’s a no-brainer for you,” said Ward.

Another British product on display at the trade show was Symphony Environmental’s “d2w” plastic technology, an additive that’s already being used around the world in degradable plastics.

“We’re really promoting the technology. We’re really strong in Central America and the Middle East, and we’re present in 90 countries for finished products. And here we are now, coming to Vancouver,” said Ginie O’Neil, the company’s international sales manager.

In fact, O’Neil said because of the international companies that produce plastics with d2w, a lot of Canadians have probably already seen or used d2w products without knowing it.

You know those cute little degradable dog poop-bags? They’re made with d2w. And the cool degradable version of saran wrap that’s not available in Canada yet? Yep, d2w. There were even other companies at this week's trade show whose freebie giveaways were made with d2w.

“We wanted to make people aware of the technology, because we’ve never been here before,” said O’Neil.

“When we heard about the GLOBE event we thought, ‘This is an opportunity.’ You know, you can’t get greener than Vancouver.”