Representatives from Greenpeace and Pembina Institute say the three-year implementation plan leaves too much room for error, and an independent commission is needed for credible monitoring. 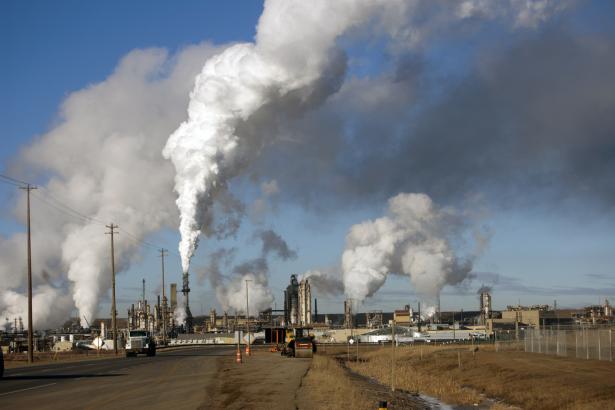 During a press conference held at the University of Alberta, Ministers Kent and McQueen introduced the joint federal-provincial plan as a “world class, science-based” program for collecting and analyzing environmental data.

“This comprehensive, shared program optimizes already-existing provincial and federal environmental monitoring for water, air and biodiversity, and is being carried out in an efficient manner as we utilize current infrastructure that is in place. But it also goes well beyond that—we will be monitoring in more places, more frequently, for more substances,” said Kent.

The announcement comes months after a report submitted by a government-appointed panel, which made a number of recommendations to improve the current system. Officials say the new strategy was designed with those recommendations in mind, and was also based on extensive consultation with key stakeholders.

One of those flaws, he says, is that the monitoring process will still be primarily carried out and controlled by government agencies.

“One of the major recommendations of both the federal and provincial panels was that the body that oversees and runs this entire program would be an independent body. And the reason for that is because the Alberta and federal governments both have huge credibility issues when it comes to providing reliable and truthful information to the public,” he said.

According to Hudema, the effectiveness and transparency of the process is compromised when the information comes from a government accused of muzzling climate change scientists. And while Environment Canada says an independent commission is in the works, the ministers could not say when such a body could be expected to be operating.

“More data on the impacts that the tar sands are having on our water, on land and downstream communities is good, but not if it has to go through the Harper and provincial government spin machine before it comes out to the public. So that’s a major concern that we have,” Hudema said.

Another issue he pointed out with the new strategy has to do with its timeline. Officials said full implementation of the monitoring program will not be complete for another three years, at which point there will be an external scientific peer review of the process. But despite these delays in implementation, new oil sands projects are still continuously being approved.