Government documents obtained by the Climate Action Network describe the National Energy Board as an “ally” in oil sands advocacy, while enviro groups and First Nations are seen as "adversaries". So what does this mean for the Northern Gateway pipeline? 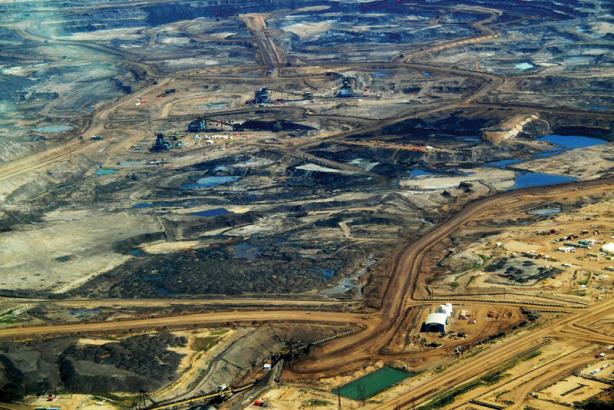 Photo of the Alberta oil sands by Howl Arts Collective

Newly released documents outlining the government’s “Pan-European oil sands advocacy strategy” depict the National Energy Board as an “ally” while environmental groups, media and First Nations are described as “adversaries”.

The Canadian Climate Action Network obtained the documents through a freedom of information request, as part of an investigation into government tactics to promote the oil sands in foreign markets. Through their request, CAN was given access to emails containing the strategy, sent in April 2011 by a Canadian diplomat in London named Kumar Gupta.

The detailed strategy was part of an “aggressive” lobby in Europe launched in December 2009 by the Department of Foreign Affairs and International Trade (DFAIT), working alongside the Ministry of Natural Resources, Environment Canada and the Alberta government. Information requests from independent publication The Dominion revealed this “secret oil offensive” last spring. At the time, oil sands advocates were concerned about the EU’s Fuel Quality Directive, a climate change policy that would impose restrictions on tar sands crude if producers didn’t clean up their act.

The documents obtained by CAN contain a charted summary of the coordinated strategy, listing a number of “allies” and “adversaries” related to oil sands advocacy. Under “adversaries”, the document lists environmental NGOs, Aboriginal groups, media and competing industries.

This characterization of environmental groups and First Nations appears to be in line with current political commentary around the controversial Northern Gateway pipeline, as environmentalists have been called “radicals” by government officials and have been accused of delaying or “hijacking” the regulatory review process. The federal government refuted recent claims that these groups are being targeted as “enemies of Canada”, but use of the term “adversary” in ministry documents doesn’t help their argument.

The “allies” column on the oil sands document includes some of the usual suspects: Canadian petroleum producers, industry associations, the Natural Resources Department and the Government of Alberta. But the most noteworthy addition is the National Energy Board—an “independent federal agency” whose self-proclaimed purpose is to “regulate pipelines, energy development and trade in the Canadian public interest.”

So what does this mean?

While it may not come as much of a surprise that Aboriginal and environmental groups are considered opponents of oil sands development, the NEB’s position as an “ally” is a somewhat more startling revelation.

According to Hannah McKinnon, Campaigns Director at the Climate Action Network, this information calls the purpose and integrity of the political body into question.