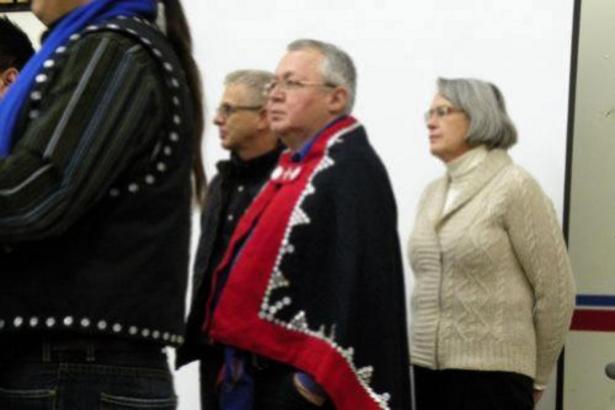 The Enbridge Northern Gateway Joint Review Panel moved south to Burns Lake on Tuesday and began with drumming and songs by the Wet’suwet’en and Lake Babine Nations. Despite a request by the panel that they not sing, the Wet’suwet’en repeated the song written for the occasion of the Smithers hearing:

Our territory is our livelihood.

We live off our land.

We survive on the wildlife of our land.

Connection of the land and the animals.

Enbridge, don’t step on our land.

Our territory is our livelihood.

Enbridge, do not step on our land.

Shiela Leggett, chair of the JRP, clarified that the JRP was there to receive oral traditional knowledge, and not to hear the intervener’s position on the pipeline.

“The arguments and opinions will be the last step before the JRP makes its decision,” she said. “I would like to address that word respect, the importance of being able to listen to each other. We must give respect to everyone in this room, all the parties. I ask that all parties be fully respected.” 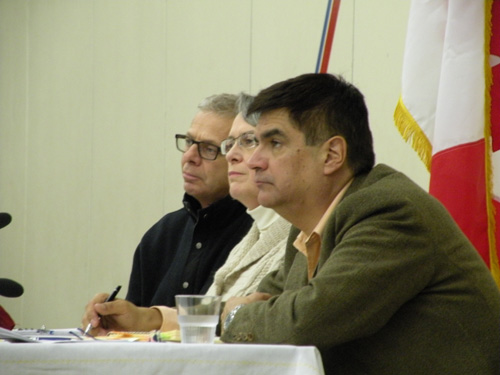 The Wet'suwet'en and Lake Babine interveners spoke of respect as well, but in a broader sense:

Chief Jeff Brown: “First Nations teach respect for people, land, animals, water, and air. To have a successful hunt we have to give to mother earth a gift and ask for a successful hunt....I don’t see how the pipeline is going to ever give back to mother earth the way we do it. Nothing Enbridge or the government can do to give us back our territory once it is contaminated.”

When Chief Brown said “No to the Enbridge pipeline,” Leggett cut him off with a reminder that the panel can only receive oral evidence.