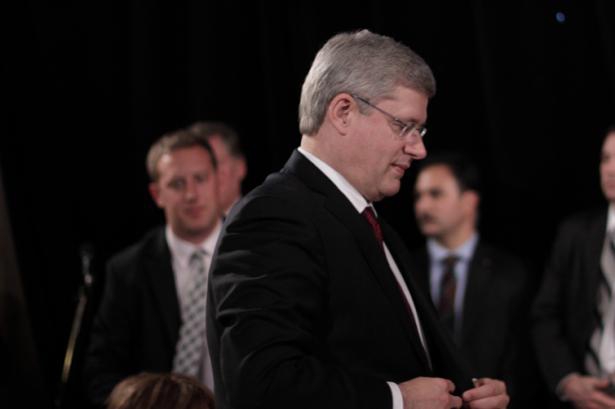 According to CP, Harper said that the Canadian hearings must reach decisions in a reasonable amount of time, and expressed "growing fears" about foreign money funding participation in the public consultation process.

His comments align with harsh criticism from pro-oilsands groups like EthicalOil.org, who recently launched an aggressive smear campaign against environmental organizations accepting donations from American funders. Although EthicalOil.org claims to be non-partisan and emphasizes the fact that they don't accept funds from government bodies, Harper's comments appear to reinforce suspicions that the Conservative government has ties to these campaigns.

More than 4,000 groups and individuals have signed up to speak at the hearings, which begin on January 10th in Kitimat, BC.