Which companies profit from refining and working with tar sands products? Suncor, Imperial and Shell – plus a range of other businesses. Part three in our series exploring who has high stakes in the oil sands. 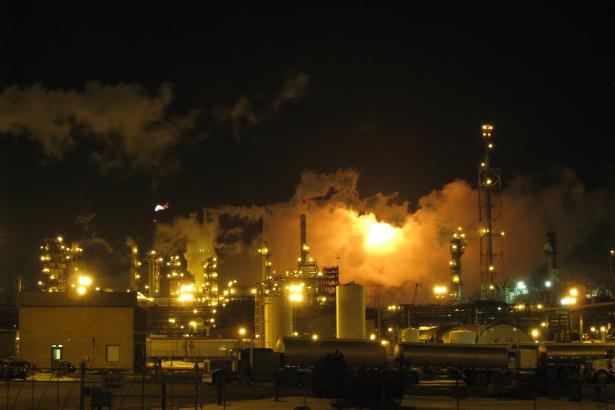 So which are the corporations, businesses and individuals with big stakes, who stand to gain from tar sands operations? And how much are they worth?

Part one of this series focused on the top oil extractors in Fort McMurray, and part two looked at companies transporting the product through major pipeline systems. Now, we take a look at some of the companies with high stakes in other areas.

While there is some conventional oil extracted from the tar sands, the region’s primary oil product is bitumen. Bitumen is a heavy, viscous type of oil that must be treated before it can be turned into usable fuels like gasoline and diesel.

Before even reaching the refinery, the bitumen goes through an upgrading process that adds hydrogen to the carbon substance and removes contaminants like sulfur and nitrogen. Then, once the product has been upgraded (and diluted), it can be transported via pipelines to refineries across North America.

The most prominent energy companies working on extraction in Alberta also operate upgrade and refining facilities. According to the Alberta Energy website, there are currently five upgraders in the province, operated by major producers like Suncor, Syncrude and Canadian Natural Resources Ltd.

Suncor, one of the oldest and most profitable tar sands extractors, also operates refineries in four different locations, processing oil sands crude into refined products to serve markets around North America. Its major refinery in Edmonton, Alta., runs entirely on oil sands crude, and it has other refineries in Quebec, Ontario and Colorado. In fact, the Colorado Suncor plant recently came under fire for a spill leaking petroleum products into creeks near the South Platte River.

Imperial Oil operates another refinery in Strathcona, Alberta – though it is run on conventional oil rather than oil sands crude.

The third major refinery in Alberta is operated by Shell Canada, and according to its website, it was the first to exclusively process synthetic crude from oil sands products.

A large proportion of upgraded tar sands product also ends up in the United States, where other oil and gas companies operate their own refineries. Many of these are located at key points connected by the major pipeline systems, in places like Illinois, Montana, Ohio and Utah.