Greenpeace's Tzeporah Berman and outgoing COPE councillor David Cadman respond to Canada's announcement that it will not renew commitments to Kyoto. 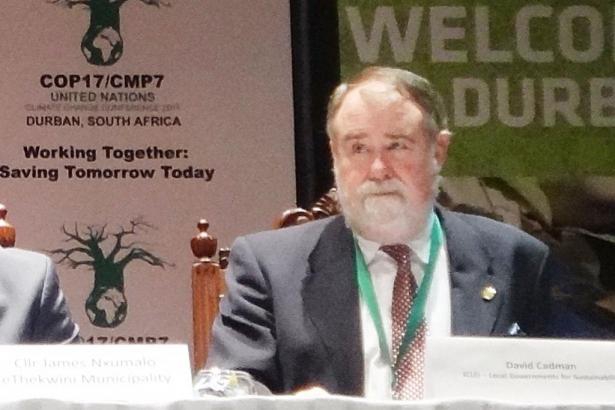 After Canadian Environment Minister Peter Kent announced the country will not renew its commitments to the Kyoto Protocol, former Vancouver city councillor David Cadman shared his views on the response at climate talks in Durban, South Africa.

"I think it indicates clearly that a Canadian commitment is not worth the paper it is written on when a Conservative government can come to power, do nothing for several years, then walk away," he said.

Cadman is currently in South Africa attending the UN climate summit, where today's announcement was made. Despite an offer from China to reduce emissions if developed nations like Canada agreed to a second term, Minister Kent was firm in his answer, signalling that Canada’s commitment to the agreement would end with its expiration in 2012.

Instead, the country is focused on a new international treaty that would include major emitters like the United States, China and India.

Tzeporah Berman, co-director of the Climate and Energy Program at Greenpeace International, is also attending the conference in Durban.

"China has now said they would accept GHG limits if industrialized nations accept Kyoto. The Harper government has been claiming to be waiting for this for five years but even this bold move by China has failed to move our government an inch," said Berman.

"Canada's actions here in Durban are being seen as in bad faith and many are saying Minister Kent is simply protecting further tarsands development and blindly following the US. It begs the question: Shouldn't Canadian policy be written in Ottawa instead of Washington or the oilpatch?"

Berman and Cadman seem to be generally in agreement over how this latest development reflects on the country.

"Canada's action is being seen in a very bad light, the NGO community internationally is up in arms and even heads of national delegations are pulling me aside to say how frustrated they are by Canada's withdrawal. There is a sense they are deliberately trying to pull the rug out from under negotiations and provoke a collapse," said Cadman.

He also noted the impact this decision could have on Canada's future in foreign relations.

"It will be a long, long time before Canada will be trusted again internationally. Say goodbye to a seat on the UN Security Council," he said.

Canada is far from being able to meet original Kyoto targets aiming to reduce emissions by six per cent from 1990 levels. The federal government has been criticized by environmentalists and other world leaders throughout this year’s climate conference, and this announcement – though not unexpected – is likely to further damage the country’s international reputation.