Which companies are profiting from oil sands transport operations? Major movers include Enbridge, TransCanada and Kinder Morgan. Second in our series exploring who has the highest stakes in the oil sands. 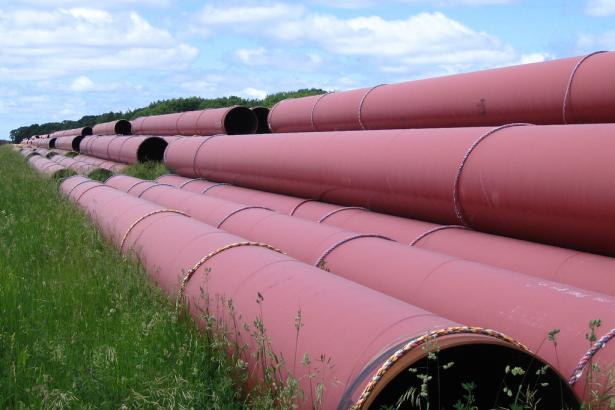 Part one of this series focused on the top oil extractors in Fort McMurray and how much they’re raking in each year. Now, we take a look at some of the corporations with high stakes in other areas.

Now that we know who’s responsible for extracting the oil product, we can move on to some of the other key players needed to get it to market. Getting it to market first means transporting oil and raw bitumen from the tar sands mining operations, and that generally means constructing pipelines that can carry it. 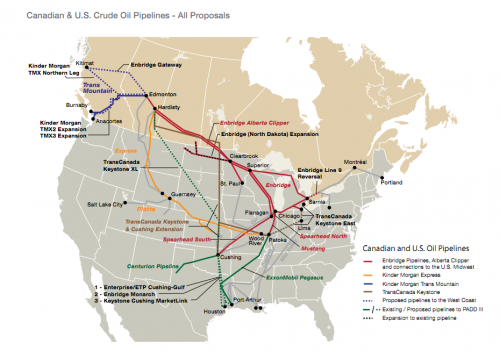 As you may have guessed from the ongoing Keystone XL and Northern Gateway pipeline controversies, Enbridge and TransCanada are the two most well known companies working to transport tar sands oil to international clients.

Enbridge operates a network of pipelines running southeast to terminals and refineries across the United States and southern Ontario. Their proposed Northern Gateway pipeline would cut across northern British Columbia, serving a coastal port in Kitimat that would transport tar sands products to Asia.

Enbridge’s total revenues for 2010 reached $15.1 billion. Financial reports show net earnings of up to $963 million for the year, with $512 million from oil pipelines alone.

TransCanada is another major winner in the oil sands industry, even though their primary operations are in natural gas transportation. Growing production out of the oil sands has prompted company executives to put more weight behind expanding oil and liquids systems, and the major result of this push was the Keystone project.

The existing Keystone pipeline runs from Alberta south to Nebraska, Oklahoma and Illinois. With Keystone XL, TransCanada hopes to expand operations to reach the Gulf Coast.

Net income for TransCanada was over $1.2 billion in 2010, although not all of that can be attributed to tar sands operations. With their combined ownership of natural gas and oil pipelines, the company reports a $47 billion asset base.