Which oil extraction companies are cleaning up in Fort McMurray? Suncor, Imperial Oil and Canadian Natural Resources Ltd., for starters. First in a series exploring who has the highest stakes in the tar sands. 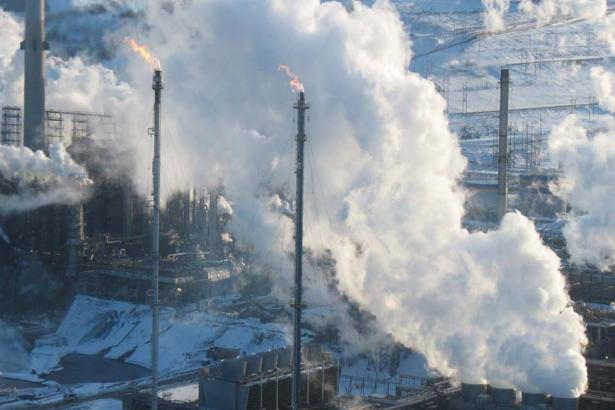 According to the Canadian Association of Petroleum Producers (CAPP), 79 per cent of the world’s oil reserves are controlled by national governments. Out of the 21 per cent left accessible to private industry, more than half is located in Alberta’s three major oil sands deposits – Athabasca, Peace River and Cold Lake.

Prime Minister Stephen Harper and his administration insist that exploiting the oil sands is necessary and beneficial to our country’s long-term economic health. But for the average Canadian, it can be tough to see exactly where those benefits lie.

Supporters say the oil sands help the economy by providing hundreds of thousands of jobs, both directly through operations in Alberta and indirectly across Canada through work on pipelines, and in other related industries. But to some, it seems that most of the profits end up in the laps of officials and oil industry executives.

Getting it out of the ground

There are almost 30 separate projects currently producing in the tar sands, with almost 100 more either in construction or awaiting regulatory approval. Approximately 35 different companies operate these projects, many working on several at a time.

Suncor – the oldest operating mine in the oil sands, started in 1967, and merged with Petro-Canada in 2009. The original Suncor mine from the 1960s is still kicking, generating more oil per day than almost any other project in the tar sands.

Imperial Oil is also one of the largest operators in the tar sands, with multiple projects including their Cold Lake and Kearl operations. Imperial owns one of the biggest stakes in the joint venture, Syncrude, which has multiple operations underway in the region.

According to Imperial’s investor information, the company brought in $25 billion in total revenue for 2010. They also boast a triple-A rating from Standard & Poor’s, claiming the title as the only Canadian industrial company with such a standing.

The other major player in tar sands production is Canadian Natural Resources Limited (CNRL). The company’s revenues for 2010 reached $14.3 billion, and they’ve branded themselves as a “low-cost” producer, suggesting they can hold on to more of their profits.

Operating four different projects, Shell Canada is yet another one of the big corporations cashing in on the tar sands. Its parent company, Royal Dutch Shell, reported revenues of $368 million in 2010 – up almost $100 million from 2009.

That figure may not be as big a piece of the pie as the top three, but of course, extraction from the tar sands isn’t the only aspect of Shell’s business. The multi-national corporation also operates refineries, natural gas conversion facilities and offshore projects. Shell Canada may now have some additional expenses coming up, as Athabasca’s Chipewyan First Nation just announced a lawsuit over tar sands agreements.

While those revenue numbers may seem extraordinarily high, it’s important to note the operating costs involved in extraction. Companies like Suncor aim to operate at around $40 per barrel, meaning that if they produce 300,000 barrels the cost runs up to $12 million each day. What the extractors actually take home depends on shifting world oil prices and other cost factors.

As mentioned earlier, there’s a plethora of other companies vying to get in on the tar sands action. Some of the other big companies with operations working or in progress are Husky Oil, ConocoPhillips, Cenovus and MEG Energy Corp.

This interactive map shows ongoing mining projects, with details about the operating companies, start dates and estimated daily production. A full list of tar sands projects and companies can be found here.

Next: We look at the oil transport and pipeline operators who get the product where it needs to go.