Woof woof: Should the BC Residential Tenancy Act be revised to allow pets? 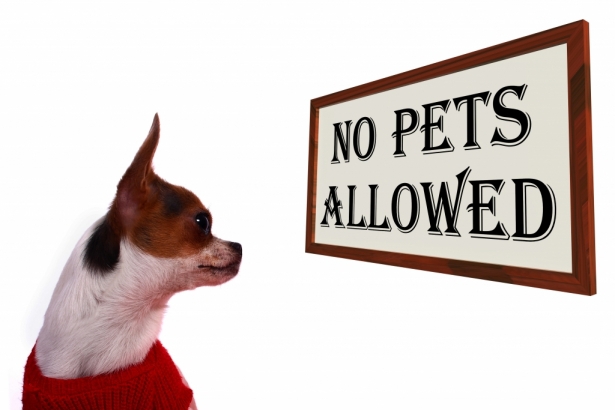 When Renée Stephen came to Vancouver in 2010 with Minerva, Pixel and The Cat, she received a rude provincial awakening.

In Ontario, she recalled, she and her partner could pick up the newspaper and circle a few contenders whenever they wanted to move house. In Vancouver, however, Stephen said, she scoured Craigslist for days before finding anything close to suitable housing.

“When I filtered for cats,” Stephen said, “that took away about 90 per cent of the listings, and what was left was grotty and not great.”

Anthony Incardona adopted a three-year-old French/English Bulldog mix a year ago. He pegged the number of dog-friendly Vancouver rentals even lower at “somewhere around five per cent or less of the daily postings.”

With one of the lowest vacancy rates in Canada, Vancouver's rental housing is a landlord's market. Many renters struggle to find suitable places to live, and for tenants with pets, the search is even harder—you can scroll through Craigslist for hours without coming across a friendly “Woof woof” or “Meow meow.”

One potential fix for pet owners in Vancouver may be to update the BC Residential Tenancy Act (RTA), revisiting Section 18, which allows landlords to prohibit pets.

Lorie Chortyk, General Manager of Community Relations, said that the BC SPCA campaigned to amend the RTA a few short years ago—but the landlord lobby was just too strong.

“The number one reason people bring pets to shelters is that they can’t find pet-friendly housing,” Chortyk said. “From our point of view, it’s heartbreaking for families, hard on the animals, and overall unnecessary.”

Chortyk said she understands that landlords need to protect their properties. That’s why the SPCA has developed a rental toolkit, including a sample pet policy that covers everything from fleas and inoculations to leashes and property damage.

In 2009, Hollyburn Properties made headlines when they attempted to evict pet-owners after acquiring Seafield Apartments. At that time, Hollyburn general manager Allan Wasel cited "potential health risks associated with animals” as an explanation. Yesterday, a spokesperson at Hollyburn asserted that their policy hasn’t changed since 2009—the company still doesn’t allow pets. When asked why, the spokesperson deferred to Wasel, who didn’t return my messages.

Judith Harris, a General Manager at Crosby Property Management, had a different take. Harris, who used to volunteer at the SPCA, said that the third-party management company “totally encourages building owners to allow pets”.

Building owners are often looking for families to rent their units, she said, and “pets are an important part of many families”.

Under Harris’ guidance, Crosby began developing tenant files that included pet photos—they’ll even set up pet interviews with hesitant building owners. Despite this, Harris said, “only a small percentage” of the units Crosby manages allow pets.

Though pet-friendly housing seems to be a controversial issue in BC, it’s a non-starter in Ontario—tenants have the right to pets, and landlords can’t prohibit animals in or around their buildings. Instead, tenants are held responsible for any damage that may occur to a unit, whether incurred by themselves, their guests, or their pets.

“I think there is a misconception that pets devalue a property,” Incardona said. “There are definite advantages to having pet owners as renters. They have a stable income, a stable routine, and a certain level of proved responsibility.”

“Pet deposits are the way to go,” said Stephen.

BC’s RTA allowed for a deposit of half a month’s rent, a stipulation which Chortyk, Stephen and Incardona independently agreed was fair.

For their parts, Stephen and Incardona were eventually able to find pet-friendly housing, but they both had to make compromises.

Incardona said he brings his small, friendly, short-haired dog along to viewings. “My dog is a landlord’s dream,” he said, though in the end, being chosen as a tenant “comes down to whether the landlords or building managers themselves like dogs.”

“I’ve had to settle for a place that isn’t quite as nice or well-kept,” said Incardona.

Stephen said that she had no luck with building managers. “By far, the illegal basement suites were more amenable."

Her place is “really great” and she likes her landlords, but she admitted that a basement suite wasn’t exactly her first choice—and she compromised on price and location as well.

Harris saif that when buildings change their pet policies, “they attract a whole different kind of rental group.”

If the cuteness factor of Van City Kitty is any indication, pet-friendly landlords of Vancouver can hope to start housing a whole bunch of big-hearted, sunbeaming-loving cat photographers.

Only 26%? Fitch report blasts Vancouver housing as overinflated and local realtors weigh in

Manolo, The Persian Cat, Arrives at West Van SPCA and Struggles to Adjust