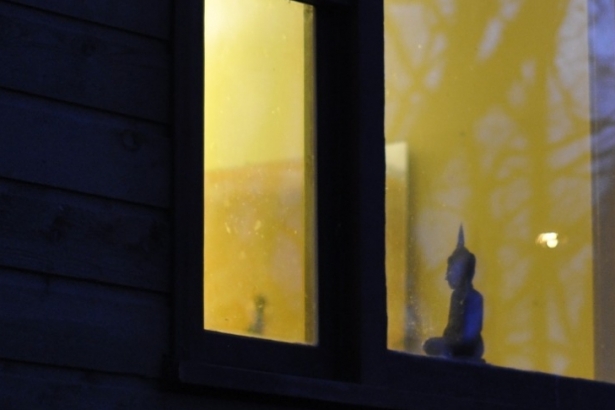 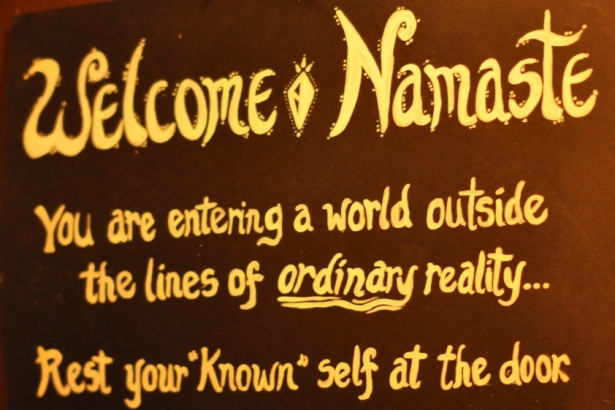 Our house, in the middle of our street

Crystel greets me with a warm hug. I'm meeting her for the first time as I enter the house on East 21st Avenue. The front door is spray-painted gold; the peephole is painted over.

This Seventies-era house is shared by eight people. Different ages, different backgrounds, all seeking a more creative and affordable life in Vancouver.

Crystel has lived here for several years, taking over the lease from the previous "head tenant" and overseeing the house's transition from motley collection of cheap-housing seekers to something more resembling a creative collective. She mainly works as a consulting artist ("I turned someone's Airstream into a solar system."), as well as a model and occasional salesperson.

For several minutes, Crystel isn't sure if Tee is even home. Tee is my intro to the house; we've known each other since last year. Organizing the schedules of eight people, especially as the house prepares for a huge party on the weekend, proved no easy task, so I'll have to make do with only interviewing half of them. 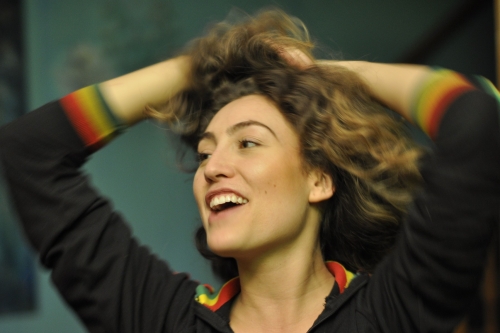 Tee has lived here since last October, having found the place on Craigslist. The term "creative space" caught his eye, as he moved back to Vancouver from Nelson to nurture his Right Brain. He was looking for a place he could afford with people he could relate to: "I'd have been happy to live in a hallway!"

No hallway for our Tee, though: he shares the basement suite with three others. The basement is connected to the main house through the garage, a massive space with a rolling industrial door. Having recently hosted a photo shoot, the garage features a trapeze, a hand-built loft space, and a period costume closet straight out of the TARDIS.

Tee has helped Crystel implement some of the collective-living ideals into daily and weekly procedures.

Tee, who previously project-managed the Shambhala Music Festival, is no stranger to organising and motivating groups. The household even has a booklet they can hand to new housemates, complete with, well, they back off from the term "vision statement", but a set of goals regarding sustainable and cooperative living. 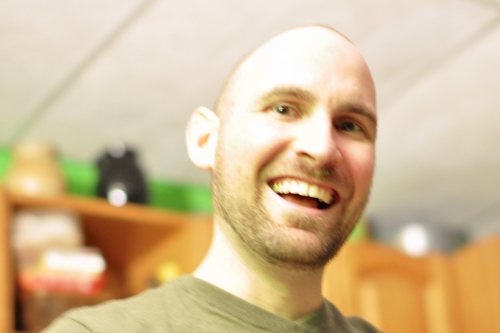 As we sit at the cozy dining-room table around cups of jasmine green tea, Tee says, "We see the house the way we want to see the world." He looks over towards the kitchen: "Is that fair, or am I talking shit, Crystel?"

You know all those empty living spaces in Coal Harbour? Well, this is the opposite of that.

With a house (and household) this size, maintenance tasks have to be shared, and nothing can be neglected too long lest the house fall into disrepair. To that end, clipboards are placed in most of the common areas of the house. Rather than handing out the typical chore assignments, Tee has devised a checklist system wherein if you complete a task, you write your name beneath it.

As time passes, residents can see who is pulling his or her weight, as well as who gets stuck with certain tasks the most. Tee, for example, is forever taking out the trash.

Tee's system of checklists (as well as a local database) has revolutionised how the household functions. Crystel alone can truly appreciate the change, having been here since the shambolic beginning: "I see the history, for sure! Before, it looked like a bunch of fucking teenage rockers lived here."

The term we're looking for is kaizen (改善): continuous improvement by incremental change.

(It's not about the) Cheaper rent

Due to its byzantine layout, it's difficult to say how large this house is. A comparable building on the same street showed up online as 4,000 square feet. If we count the garage (which is used as shared workspace), that seems about right. Nine bedrooms total, with 3 1/2 bathrooms. And, yes, ensuite laundry.

The ages of the eight occupants range from 9 to 36: one of the residents is a single dad. Until he moved out, a 45-year-old guy held the oldest-resident title. The youngest adult resident, Patrick, is 21.