A social housing building championed by a non-profit, a new home for United We Can, and the continued super-sizing of the Downtown Eastside.

“Vancouver has a pressing need for new social housing, especially with strong support in place for low-income women and those living with mental illness,” said Mayor Gregor Robertson in a press release. “This new project expands on the City’s work to build urgently-needed new social and rental housing, creating new affordable housing for low-income residents and at the same time providing a balanced mix of middle-income housing in the neighbourhood.”

This means that United We Can must move out. This is not a simple case of gentrification and eviction, though. Gerry Martin, United We Can's General Manager, said that the famed bottle depot has been looking to move for five years now. UWC has outgrown its Hastings Street digs: there's a limit to what upgrades can be made to a service area of only 900 square feet.

Martin said that the current space is "nowhere near sufficient for us."

What looks like a humble bottle depot is actually a $3-million-per-year micro-industry. $2 million of that goes back to the recyclers themselves. Up to 700 people per day drop off recyclables at United We Can.

United We Can is moving to 455 Industrial Avenue (pdf), where it will quadruple its service-area space. In addition, access to the new UWC will be more wheelchair-friendly, and customers won't have to queue up in the street.

Martin said, "The new depot will allow us to treat our customers and employees phenomenally well.”

The new United We Can's location is still close to the homeless population of Vancouver's inner neighbourhoods, and binners working the south side of False Creek don't have to deal with the downtown area at all. Industrial Avenue is accessible by bus and SkyTrain, though not with the door-to-door convenience enjoyed by the Hastings Street location.

Transit, in turn, presents another variable for customers of United We Can, especially once Compass rolls out.

Martin said that the move has been run by United We Can's core users, most of whom approved of the new location. It's not as central as the Hastings Street depot, but not all of our city's homeless live right downtown.

The False Creek Flats don't seem too far away, unless you're a homeless dude with bad feet, and you're pushing a 160-lb cart. (Nearly a third of our homeless population suffers from physical mobility problems.)

Martin said that United We Can is set to open on Industrial Avenue January 15, 2014.

Players in the game

We often see the development industry as the enemy of affordability in Vancouver, or at the very best affordability-agnostic. A company like Atira, based as it is on a social-justice organization, could redefine this relationship if it delivers on its promise.

At the same time, we see that Atira is playing the game that it surely must, offering market-rate rental housing alongside its social housing to balance out the the project's budget. Considering the costs associated with erecting a new building downtown, this can be seen as an object lesson in choosing one's battles.

Meanwhile, with Vancouver's property prices, an apartment building consisting only of below-market and social housing is probably less of a unicorn and more of a dodo. 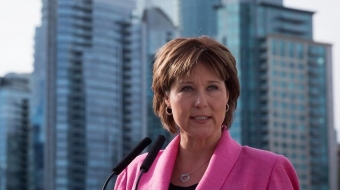 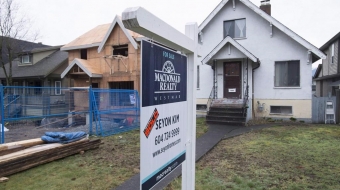 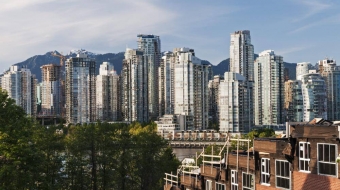