Women make up one-third of the legislature, but does that mean a win for women in BC? 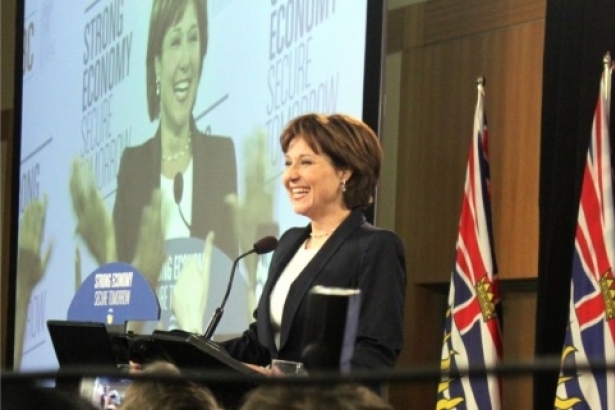 It's been one week since the BC election, which saw not only the victory of a female Premier, but also 29 women who won seats in the Legislative Assembly. But does having more female representation necessarily mean better policies for women?

"Certainly, having a good representation of women is very important and it makes a difference to the input of the debate and the discussions," NDP MLA Kathy Corrigan, re-elected for Burnaby-Deerlake, said.

Of the 29 women, 15 were elected in the Liberal caucus, 13 NDP and one independent.

While the Liberal Party's platform included implementing the recommendations of Missing Women's Inquiry and creating the Premier's Women's Economic Advisory Council to increase business opportunities for women, the government still has a long way to go when it comes to advocating for women's rights.

Last year’s West Coast LEAF’s CEDAW (Convention on Ending Discrimination Against Women) report card gave the BC Liberals a big fat F for the subject 'women and access to justice' (“underfunded legal aid system, with disproportionate impacts on women and marginalized groups”); an F for 'missing and murdered Aboriginal women and girls' (“The failure of the Missing Women’s Inquiry to create an inclusive process and honour community voices provides little hope that systemic problems will be adequately addressed.”); a dismal D+ for 'social assistance and poverty'; and a C- for 'access to childcare'.

In fact, BC continues to have Canada's second-highest rates of child poverty due to its general lack of support for low-income mothers with children.

The highest grade received was a B- for 'violence against women and girls' for the new Family Law Act, which improved protection orders and redefined the term "abuse" to include psychological and emotional abuse.

Earlier this year, the provincial government provided more funding to WISH, a drop-in centre for sex trade workers, to allow the centre to stay open for 24 hours.

"Some studies have found that having more women in politics is associated with greater provision of 'women-friendly' social policies and more attention to women's issues in the political area," she said.

"But the importance of parties and the control over individual MLAs by leaders and party whips may limit the ability of individual women to push policy in this direction.

She noted that according to studies by the United Nations, women start to make a difference to politics and policy after achieving a 'critical mass' of representation at 30 per cent -- which BC has just achieved.

"It remains to be seen, however, if this week's good news story about the number of women elected will also translate into a policy win for women in BC."