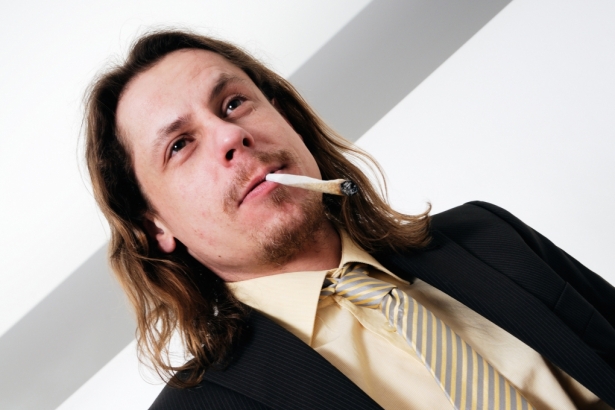 The peaceful forests, snow-capped peaks and glittering blue lakes of BC’s Kootenays did nothing to soothe the mind of BC Bud Boy, a young dope dealer who was always looking over his shoulder, fearing rivals were out to get him.

From 1996 when he was 17 to 2004, Bud Boy hung out on street corners peddling marijuana to people in his town under the shadow of those seemingly tranquil mountains, and also smoked it by the ounce as he mingled with people he described as “pretty shady characters”.

“You’re always looking over your shoulder, you always sleep with one eye open, always worrying that someone’s going to storm in and rip you off,” said Bud Boy.

Now Bud Boy is clean and has rebuilt his life, owning an honest, lawful business on the prairies where he lives with his pregnant fiancée in their new house, having left behind the fear, grubby cash, Ziploc bags of dope and paranoia that often comes with long-term drug use.

Years after Bud Boy put his shady past behind him, lawmakers south of the border in Washington, Oregon and Colorado are pushing forward with referendums to legalize marijuana on November 6, the same day of this year’s presidential election.

If passed, ballot measures in these three states would allow adults over 21 to possess small amounts of pot that would be regulated and taxed by their respective state, and includes driving laws to prevent drug-driving.

A 25 per cent sales tax would be imposed on weed, which would be sold out of stand-alone stores, with 40 per cent of profits going to state and local budgets, the rest to preventing and researching drug abuse.

These referendums come just two years after Proposition 19 in California, also known as the Regulate, Control, and Tax Cannabis Act was defeated by a 53.5 per cent 'No' vote, in a statewide poll on November 2, 2010.

“It would push Canada to legalize pot as it wouldn’t be fair for them to be so close to US states that allowed it,” said Bud Boy.

If marijuana was legalized, marijuana growers and dealers would have a choice: either work for state governments or go out of business, according to Bud Boy.

If he had a chance, Bud Boy wouldn’t vote in any referendum on legalization, keeping a neutral stance between prohibition and government regulation of pot sales.

But Jodie Emery, longtime pot legalization activist, editor of Cannabis Culture magazine, and wife of BC's 'Prince of Pot' Marc Emery, who’s now in a US jail, was overjoyed that voters in three states would have a chance to legalize dope. 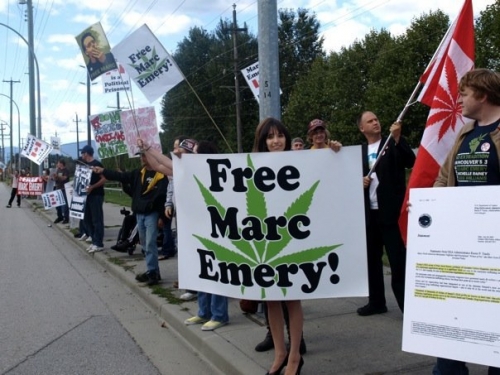 The Washington, Oregon and Colorado referendums come two years after Marc surrendered to US authorities and was jailed for five years, minus time served, after pleading guilty to one count of drug distribution, in a plea bargain he struck with prosecutors.

“Marc and I are both official endorsers of I-502 in Washington, which is a bill sponsored by Marc’s former prosecutor John McKay, who’s now an advocate for ending prohibition,” said Emery.

In 2010, Emery was invited to testify at the state Ways and Means Committee in Olympia, Washington, in favour of I-502, where she met McKay, now a law professor at Seattle University, for the first time.

“We’re the only cannabis advocates supporting this bill. I-502 is strictly politically mainstream with Republicans, Democrats and law enforcement on board. We think it’s wonderful that our neighbouring state is willing to pass legalization into law and more people support this than oppose it. It looks like it’s going to pass and that’s because it’s politically mainstream,” said Emery.

According to Emery, many people in Washington who make money off selling dope, including medical marijuana growers, will vote no and are misinforming the public ahead of November 6.

“Marc and I are proud to be on the side of those politicians working on passing I-502,” said Emery.

Meanwhile her husband Marc is writing a blog from his jail cell in Yazoo City Prison, Mississippi, and has also started a band with fellow inmates. His release date is scheduled for July 9, 2014.

Back in BC, Vancouver Seed Bank storeowner Rebecca Ambrose said legalization in any of the three states would be positive, but it really depended on the wording of bills like I-502.

Not if but when: oil tankers would put one of British Columbia's greatest treasures at risk