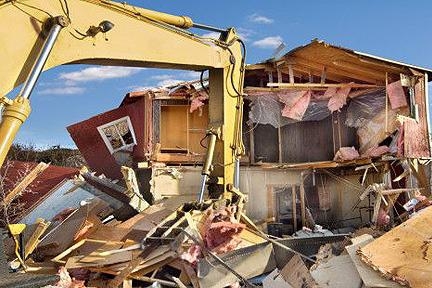 Slamming the federal government, for allegedly repeating "its anti-democratic and draconian tactics of Spring 2012," two lawyers for West Coast Environmental Law say the omnibus bill passed yesterday  goes "far beyond what is justifiable in an actual budget bill—compromising safeguards for the environment and human health without proper study and debate."

Along with over 30 other pieces of legislation, Bill C-45 "again takes aim at the Navigable Waters Protection Act (now the Navigation Protection Act),  and the Fisheries Act," the lawyers say.

Once used to steward a sustainable environment, clean water and healthy oceans, these foundational Canadian laws continue to be rewritten "to give oil companies an easier ride," the lawyers claim.

An independent body charged with making science-based decisions to protect Canadians from toxic chemicals and hazardous materials in the workplace has also been eliminated, they say.

“The Bill C-45 ‘budget bill’ is a wolf in sheep’s clothing that will have major implications for the environment and human health,” said Jessica Clogg, Executive Director and Senior Counsel, West Coast Environmental Law. “So much for the federal government’s promise that the bill would and focus on budget implementation and contain no surprises.”

The lawyers say that "lowlights" of Bill C-45 include:

• confirming that pipelines don’t have to play by the same rules as others when it comes to protecting Canada’s lakes and rivers;

• dramatically limiting the number of waterways protected by the Navigable Waters Protection Act;

• giving industry the option to request that their existing commitments to protect fish habitat be amended or cancelled, or that they be let off the hook for promised compensation for lost or damaged habitat;

• needlessly tinkering with the Fisheries Act andthe Canadian Environmental Assessment Act 2012 to correct obvious drafting mistakes made during the ramming through Omnibus Bill C-38 and sham of a debate that accompanied it.