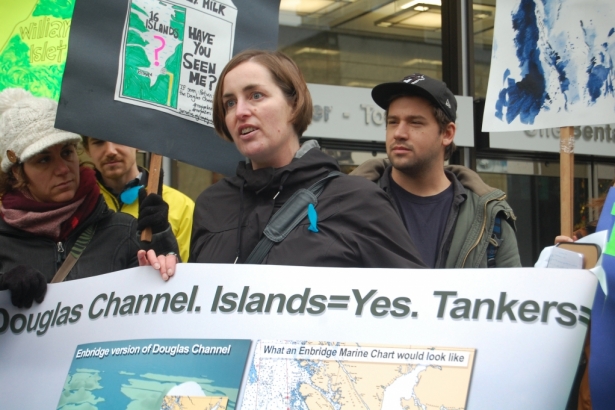 Lori Waters holds up a sign showing Enbridge's rendering of the Douglas Channel and another map featuring the islands deleted from a promotional video by Enbridge.

Around 20 people gathered outside the Enbridge headquarters in Vancouver at noon today to deliver a petition with 45,000 names, calling for the removal of a "misleading" promotional video about the Northern Gateway pipeline.

The petition was also delivered in Prince Rupert, where the Enbridge Northern Gateway pipeline hearings have resumed today.

The video  drew sharp criticism in August for showing the Douglas Channel (where oil tankers would pass through if the Northern Gateway pipeline were approved) with approximately 1,000 square kilometres of islands erased.

Lori Waters, a Vacouver Island resident who filed complaints to the federal Competition Bureau, spoke about how the distortion of the Douglas Channel map misrepresented the Northern Gateway pipeline as being safer than it would be in reality.

Waters, who specializes in scientific animations, created a more accurate map that was shared widely through social media.

Vancouver researcher and SumOfUs Canadian campaigns consultant Emma Pullman presented the petition to an Enbridge representative after speaking to the audience about how the company has continued to refer people to the Northern Gateway website despite the problematic map and video on the site. 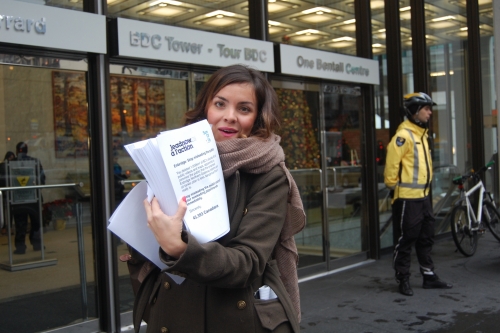 Emma Pullman from SumOfUs.org holds up the petition 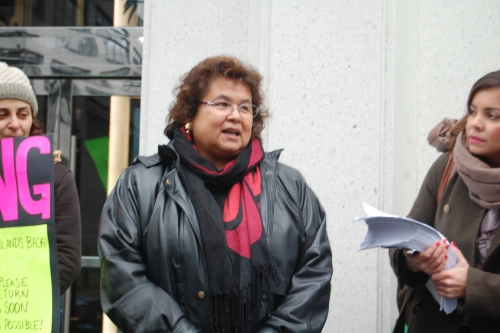 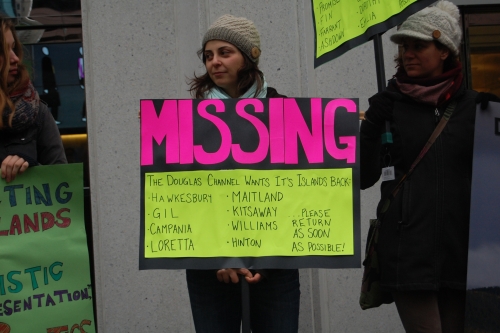 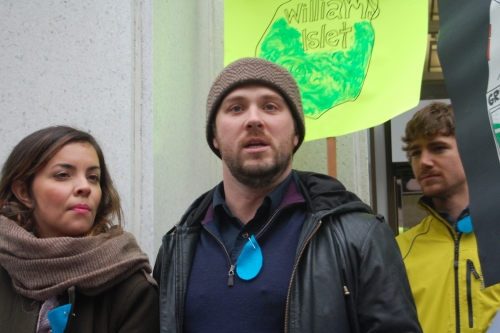 Jamie Biggar of Leadnow.ca, the citizens' advocacy group which organized the petition 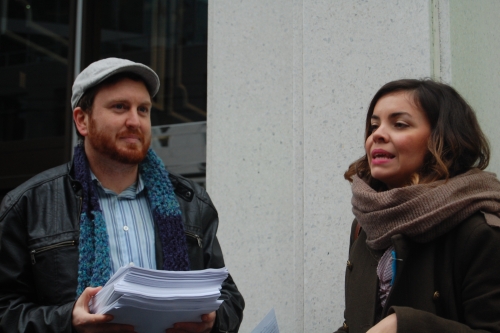 Ben West, from the Wilderness Committee, spoke of Enbridge's video as a "desperate" tactic in order to gain support for the pipeline proposal.