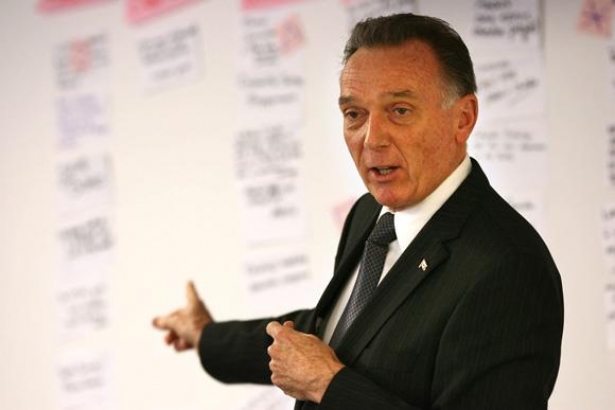 Former environment minister Peter Kent said Prime Minister Stephen Harper's alleged request for an "enemy" list reminded him of former U.S. president Richard Nixon, who was revealed to have had an "enemies list" during the Watergate scandal.

“That was the nomenclature used by Nixon,” he said in an interview with Postmedia about Harper's controversial "friend" and "enemy" list request that was leaked on Monday.

“His political horizon was divided very starkly into friends and enemies. The use of the word ‘enemies list,’ for those of us of a certain generation, it evokes nothing less than thoughts of Nixon and Watergate.”

Kent had not personally seen the July 4 email request for asking for ministerial aides to create lists of uncooperative bureaucrats as well as “friend and enemy stakeholders”. He said while it made sense for new ministers to be briefed on certain names and organizations, the language surrounding it was "juvenile".

Kent was replaced by Conservative MP Leona Aglukkaq during Monday's cabinet shuffle. He had said in June that he wouldn't be upset if he loses his portfolio, and that he  intends to run again in the 2015 federal election.

The PMO has refused to comment so far on the controversy, and would not confirm or deny whether lists had been submitted after the request.