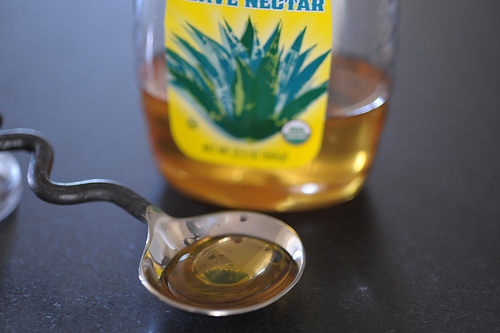 In the nineties, fat was the ultimate enemy. In the 21st however, sugar and all its various substitutes have toppled fat from its position becoming the culinary world’s most wanted criminal. Studies have proven that artificial sweeteners are some of the worst chemicals you can put in your body and the traditional white sugar most of us grew up with isn’t much better. Immune suppression, insulin spikes, strokes and cancer are just a few of the serious health issues linked to its consumption.

If you are like many people in Vancouver for whom health is a major priority, you may find yourself empty handed when it comes to the occasional indulgence. Is it possible to find a product that satisfies sweet cravings, while staying compliant to the --let’s face it -- stringent demands of most Lower Mainland health enthusiasts?

Local entrepreneur Shahab Samimi says it is. Along with his partner Themis Velgis, Samimi has been introducing Vancouver to a new, supposedly healthier way to satisfy sweet cravings. Together, they are working toward making agave syrup the hippest, most popular sugar replacement around.

Agave Tequilana, or Blue Agave, is a striking, spiky cactus that is grown primarily in Mexico and South Africa. As its name suggests, the plant has been used for tequila production for centuries due to the high carbohydrate/fructose composition of the ‘syrup’ found in its spikes and heart.

What many North Americans aren’t aware of however, is the syrup in its unfermented state can be used as a replacement for traditional table sugar. The calorie count per teaspoon is the same and the sweetness factor is almost identical.

The key difference and one that is causing the most stir in health circles is agave’s impact on blood sugar. Whereas white sugar has a glucose index score of 60, agave syrup comes in at a meager 10-19, depending on how processed it is. Anyone looking to control their blood sugar levels throughout the day now has an option beyond those acrid, unfortunate artificial sweeteners when they’re hit by cravings.

Sounds like the second coming of sugar, doesn’t it?

Sounds like the rampant vegans among us are going to have their literal cake and eat it too. However, a quick search on agave reveals enough controversy to significantly dull the joy. Dr. Mercola has referred to agave’s popularity as “a triumph of marketing over truth.”

He believes that consumers were so eager to believe they had stumbled across a healthy sugar substitute that they too quickly dismissed what can be considered to be agave’s darker side. Mercola and many other naturopaths are of the opinion that agave is as far from being a ‘whole’ food as possible. In order to make the syrup palatable, the agave plant has to go through over five different complex stages.

As it is processed, sometimes at high temperatures, the composition changes and the agave syrup becomes a whopping 90 per cent fructose. Isn’t fructose one of the good sugars?  Don’t we ingest in everyday in a fresh orange or apple, for example? Unfortunately not. Studies have shown that the high concentration of fructose such as that found in agave taken in large quantities over time can have serious health implications.

According to Mercola, regular consumption of high fructose sugars can actually break down collagen in the body, cause anemia, high cholesterol and at its most extreme, damage the liver like a few stiff drinks.

This information isn’t stopping Vancouver consumers from lapping it up, however. Sales of agave sweeteners have increased 46 per cent in the last year as more and more consumers are creating a demand for wellness-based products. Samimi, an economics undergrad at SFU and Velgis, a renowned Vancouver pastry chef, had already been in the process of developing healthy alternatives when they realized agave had the potential to make a huge impact on the market.