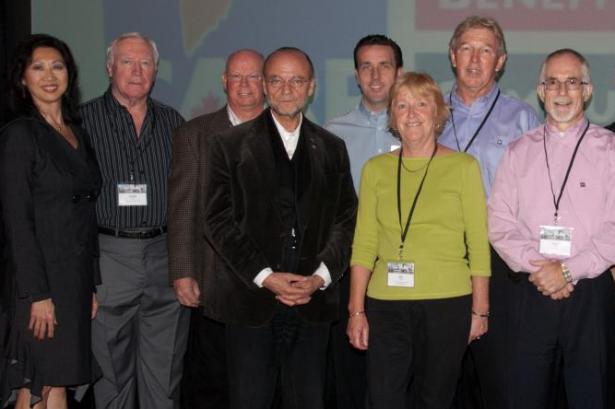 Canada's advocacy group for seniors is crying foul after another Conservative government announcement on old age pensions yesterday revealed... nothing new at all.

“They are manufacturing a crisis,” said Susan Eng, advocacy vice president of CARP: A New Vision of Aging, in an extensive interview with the Vancouver Observer. “I am disappointed they would treat an important issue like this.

“There's absolutely no need for them to do it this way... reciting the same basic talking points which have not been accepted by people. Because the government has not given any real details, everybody is guessing. Our members and others like them are fearing the worst.”

CARP (formerly the Canadian Association of Retired Persons) has launched a “Hands Off OAS” campaign, and said that cuts to pensions – speculated to include extending the retirement age from 65 to 67 – will hurt the poorest Canadians, many of whom are seniors. According to CARP, 250,000 seniors fall into the low-income rate.

The latest salvo in the pensions controversy came after Finley defended her government's as-yet undefined pension reform – namely, a coming wave of retiring Baby Boomers, demographic shifts, and escalating costs to the system – at a major speech Tuesday before the Canadian Club in Toronto.

Seniors outraged over erosion of safety net
Implicitly addressing critics like CARP and the New Democratic Party (NDP), Finley insisted that pension reform “is not a crisis we invented” – but the bulk of her speech seemed aimed at younger Canadians, not current retirees who the government said will be unaffected.

The government has asserted that OAS costs will skyrocket from today's $36 billion to $108 billion by 2030.