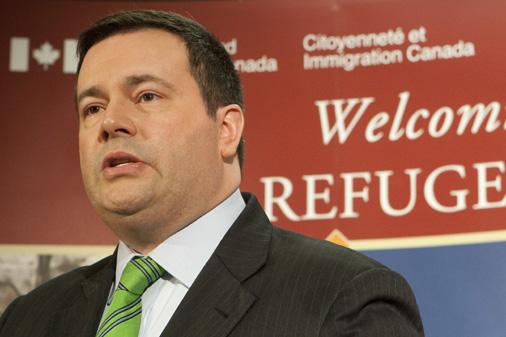 The Conservative government is planning to change the refugee system to deter what it calls "bogus" claimants, according to news reports.

The government will table a bill in the House of Commons today that is expected to toughen the measures taken in the Balanced Refugee Reform Act.

Under the new bill, the immigration minister would have the ability to place countries on a "safe country" or "designated country of origin" list without the help of a committee that was to include human rights experts. The committee will be eliminated.

The new bill would include the following changes:

According to the CBC report, the government is introducing the bill to deal with increased claims from ethnic Roma in countries in eastern Europe including Hungary, Poland and Romania. In 2009, Canada imposed visa restrictions on the Czech Republic to deal with a similar rise in Roma refugee claimants.

During question period on Tuesday, Immigration Minister Jason Kenney said it was "peculiar" that Canada is receiving more asylum claims from the European Union than from Africa or Asia.

He said that most of these claims from the EU were unfounded, and that "over 95 per cent" of such claimants abandon or withdraw on their own claims.

"The evidence before us suggests most of these claimants are taking maximum advantage of generous Canadian social benefits, provincial welfare, federal cash transfers, [and] there's been a criminal prosecution into human trafficking and welfare fraud in Hamilton [Ont.]," he said.

"We must take action to protect the integrity of Canada's immigration system."