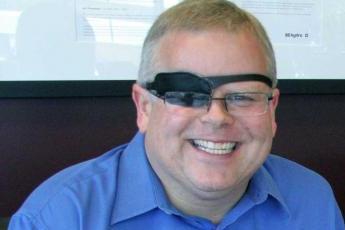 A major union is warning of a possible labour battle ahead if the provincial government doesn't “come to its senses” as B.C. heads into 250,000 contract negotiations this year – including 43,000 hospital workers who started bargaining on Tuesday.

David Black, president of the Canadian Office and Professional Employees Union (COPE) local 378 – which represents 14,000 B.C. workers, including those with no contracts at BC Hydro, BC Transit, ICBC and Capilano University – spoke to the Vancouver Observer about the role of today's labour movement in the Age of Austerity.

“The old adage is, 'You prepare for the worst and hope for the best,'” Black said in his Burnaby office. “That's what we're doing.

“We are preparing for some sort of a dispute with the government, but seriously hoping that the government does come to its senses, and starts to reverse some of these policies that have caused British Columbians so much trouble in the last decade.”

Those policies, he said, include increasing privatization, fewer union protections, the carving up of crown corporations and a hardened attitude towards unions from the BC Liberals. Although he insists his own union's membership – which is half-public, half-private sector workers – has weathered the past decade of workplace changes, he and other labour leaders are frustrated with the government insistence there is not enough money.

“They're tired of getting blamed for government mistakes.”