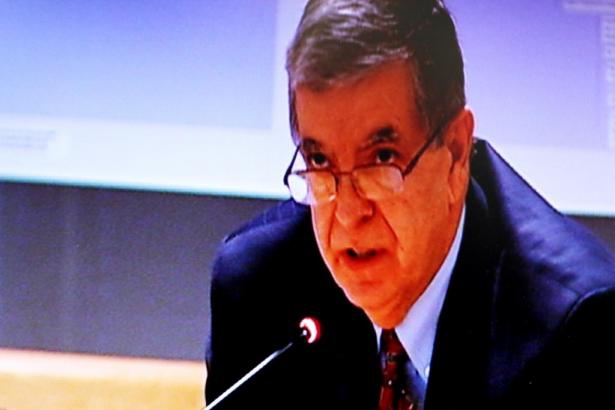 Families of serial killer Robert Pickton's victims are beyond livid after the RCMP again dodged questions about why the force has not apologized for substantial mistakes made during the serial killer investigation.

For two days in a row at the Missing Women Commission of Inquiry – which will report in June on why Pickton was not caught sooner – Alberta's Supt. Bob Williams, the RCMP's second-longest serving officer in Canada, testified based on his 2002 report praising the force's investigation.

“I've been waiting for them to express some regret for how badly they fumbled their investigation into Pickton way back in 1997, when they were getting tips and getting info,” said Ernie Crey, a Stó:lō First Nation fisheries consultant whose sister Dawn disappeared from the Downtown Eastside in 2000. She was the subject of a National Film Board documentary, Finding Dawn.

Dawn Crey's DNA was discovered on Pickton's farm in the course of a nearly $100 million joint RCMP-VPD investigation and trial, the most expensive in Canadian history, but charges for her death were dropped.

According to testimony at the Inquiry, the RCMP were made aware of Pickton as far back as 1990, when they searched his property in a sexual assault case. Pickton was later charged with the attempted murder of a Downtown Eastside sex worker in 1997, but police dropped the charges.

Crey said he is angry at the force's leadership, not all individual officers, for failing his sister and other missing Aboriginal women.

“Pickton could have been in jail and a lot of lives would have been saved, and amongst those lives, my sister may have been spared and be alive today if the RCMP did their jobs,” Crey said. “Why they haven't shown any regret or expressed an apology to the families is beyond me.

“They're an arrogant bunch of bastards, that's what I really think...They're gutless as well for not extending an apology.”

Today and yesterday, lawyers representing both families of Pickton's victims, as well as commission of inquiry itself, asked Williams about the RCMP's lack of apology, in light of his own testimony that he would have done things differently. Criminal Justice Branch lawyers objected on both days to questions about an apology.

“Can you understand why people – both families and non-families – might find it upsetting that the Vancouver Police Department have given an apology, and none is forthcoming from the RCMP?” asked Art Vertlieb, lawyer for the commission of inquiry.

Jan Brongers, counsel for the federal Criminal Justice Branch, immediately objected to questions about an RCMP apology, asking Commissioner Wally Oppal to reject Vertlieb's line of questioning because he said Williams does not represent the RCMP at the Inquiry.

“The RCMP has indeed expressed its sincere regret that this has occurred,” Bronger objected. “The witness was already asked yesterday whether he was going to be giving a formal apology on behalf of the RCMP.

“The question was asked and answered. Supt. Williams explained that it was not his place to do that in his position.”

Oppal responded that Williams' seniority within the force – having served for 44 years – entitled him to express his opinion on the apology matter.

“I don't think the question is unfair.”