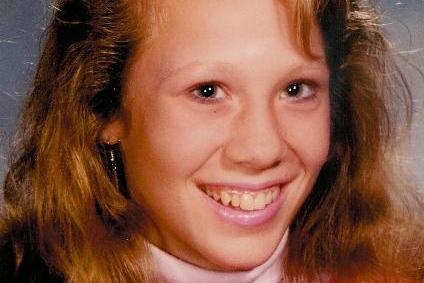 Police spent more than $100 million investigating serial killer Robert Pickton after years of inaction – but in at least one case could not be bothered to give missing women's possessions or photographs to their loved ones or make follow-up phone calls, the inquiry heard today.

Testifying on the last inquiry hearing until January 11, Marion Bryce -- whose daughter Patricia Johnson was murdered by Pickton in 2001, but who was among the 20 stayed charges never to see a courtroom – said police not only dismissed her 2001 missing persons report, but have not contacted her since at least 2002, nor have they handed back photographs or her daughter's bracelet, ring or jacket to the family.

The pattern is similar to several off-record complaints from some other missing women's families over their treatment by the police since Pickton's trial -- who have told the Vancouver Observer they worried about the consequences of going public.

“I reported my daughter missing and (the female missing persons officer) had told me that, 'Oh, she'll just show up. She's just out there partying 'cause she's a working girl... She'll eventually show up,'” Bryce told the inquiry. “I wasn't treated fairly at all.”

Worried parents brushed off
Bryce said she had reported her daughter missing the day after Johnson did not call her son on his seventh birthday, but was brushed off by an officer who asked outright if her daughter was a sex worker. The next day, she returned to the Downtown Eastside police station with photographs of Johnson and was similarly dismissed by the same female missing persons unit officer – who told her she was not allowed past the front desk.

“I said I had some pictures and I'd like to bring them upstairs – to get it acknowledged that she's missing,” Bryce recalled, adding that the officer refused to allow her upstairs. “(The officer said) the same thing: 'She'll eventually show up – she's out partying, she has a drug habit, she'll eventually show up.' She told me to leave the pictures at the front desk at the police station.

“I never received pictures back after that at all – I don't know what happened to them. When all these girls were going missing, they were doing nothing about it. They weren't doing their job at all. They have never returned any of her possessions to me.”

Bryce's experience matches those of other families who have testified during the last two months of the Missing Women's Commission of Inquiry, which was set up to investigate why police took so long to catch Pickton.

Key revelations at the inquiry include that a missing persons phone operator was frequently racist and rude to families reporting their loved ones missing; detectives spent their investigation time watching pornography and sexually harassing other officers; and that police referred to victims as “fucking whores” and “hookers.”

"Disturbing" conduct
The lawyer for the Vancouver Police Department apologized to Bryce before cross-examining her testimony.

“I want to say on the outset on behalf of the department that your testimony about going to the police station and speaking with the woman on the phone and not being able to make a report at the time is disturbing,” Tim Dickson told Bryce. “That conduct is totally contrary to what the department expects from its employees.”

Bryce told the courtroom that her daughter – who would have been 35 this month – had two children, who are now teenagers. Her birthday was December 2, 1976.

“She was a very good mother,” she said. “She loved to write poems. She was exciting, outgoing, and loved life. She was always there for (her kids).

“She had a drug addiction the last two years of her life.”

Despite attempting to file her missing persons report on March 5, 2001, Bryce said she was not interviewed by police until a full three months later, after which she went through a number of interviews with police she described as negative.

“I felt like I was being interrogated,” she recalled. “They were interrogating me.”

The ring, bracelet and jacket
In May 2005, police met again with Bryce and showed her photographs of jewelry recovered from Pickton's property in Port Coquitlam – she told the hearing she recognized a ring and a bracelet that were attached together as her daughter's. But when she asked for those possessions – or Johnson's jacket, which had also been found in Port Coquitlam – they were never turned over by police.

In fact, neither were the photographs Bryce submitted to the police station front desk on March 6, 2001 – in fact, when later shown photographs of her daughter in the police's files, she said none of her photographs were among them.

The inquiry was also presented with an RCMP “continuation report” on the missing women investigation, which stated: “Bryce did not really have any relevant information to add to this file.”

The inquiry resumes on January 11, 2012 with testimony from Alberta RCMP Superintendent Bob Williams – who authored one of three police reports into the botched Pickton investigation.